Huawei to serve Microsoft apps from its cloud

Making a serious bid to catch up with AWS

Huawei will be serving Microsoft applications including Office and Exchange server from its public cloud, with the two companies cooperating on sales and support, according to an announcement on the first day of the Huawei Connect 2017 cloud conference held in Shanghai, China this week.

The OpenStack-based Huawei Cloud already supports Windows Server and SQL Server; the new agreement brings more Microsoft enterprise products aboard its public cloud, said Zheng Yelai, president of Huawei’s cloud business unit and IT product line at a press conference during a show which showcased the cloud in various ways. 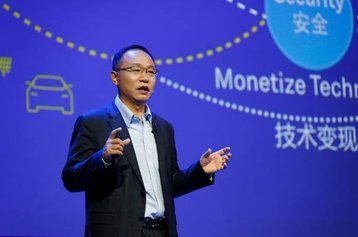 “In the future, the cloud will exist wherever connections exist,” said David Wang (pictured), president of Huawei’s products and solutions. ”Every enterprise will need a network that has stronger connectivity, management that is more intelligent, and platforms that are more open to boost its business model innovation and drive new growth.”

“[The agreement with Microsoft] is about running [Microsoft] applications on our platform,” said Zhang Yelai. ”It is a cooperation between our platform and their software-as-a-service offerings. The cooperation takes place at the infrastructure layer, with Huawei servers that are certified by Microsoft.”

Alain Crozier, CEO of Microsoft China, was equally excited: “Together, we are confident that we will lead, and win, in the era of digital transformation by focusing on what our customers need.”

Critics will note that the announcement amounts to Huawei playing catch-up with cloud rival Amazon Web Services (AWS), which has long since incorporated support for Microsoft enterprise applications such as SQL Server and Exchange Server.

However, it does show Huawei’s focus on attracting enterprise customers, and the maturation of the Huawei Cloud after a comparatively late start.