Huawei looks to shape the cloud with new services

Cloud-based technologies will enable enterprises to make more informed decisions and embrace automatic management, agile innovation, and an open ecosystem, according to Huawei. 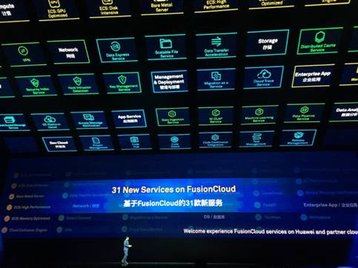 Huawei says the next ten years will see majority of enterprises migrate their services to the cloud. Indeed, more than 85% of enterprise apps will be run from the cloud by 2025, according to research by the company.

This won’t be limited to fringe apps, but will include production systems and critical services. Huawei says it recognizes that Internet-based services differ from traditional enterprise services. In its view, this demand for differentiated services necessitates differentiated clouds.

“Huawei is working with its partners and developers on cloud innovation to bridge today to tomorrow. For an enterprise, shifting to the cloud is a process of value creation,” said Zheng Yelai, president of Huawei’s IT product line.

“To enable Chinese enterprises to go global and foreign enterprises to enter the Chinese market, we need a global cloud and a platform, which calls for a unified API, architecture and ecosystem. Huawei, along with global carriers and other major partners, will build a cloud-based network for enterprises around the world to make optimal use of the cloud.”

As we reported last year, Huawei is betting heavily on the OpenStack platform, being one of its major contributors. It is also building open platforms and participating in other open source projects such as Hadoop, Spark and Docker.