Intel’s hyperscale gamble seems to be paying off

FusionServer E9000 is a converged blade server for general purpose computing, while X6800 is intended for high-density deployments and GPU-heavy workloads.

As some of the first to support RSD, the new servers offer disaggregated networking, compute, storage and memory resources that can be pooled together across thousands of individual machines and allocated as necessary to meet the needs of applications at a rack level.

Both servers were presented at the Huawei Connect 2016 event in Shanghai. 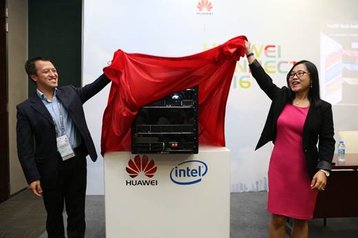 The same type of hardware is also pitched at telecommunications providers – the first ever RSD server was announced by Ericsson at Mobile World Congress in 2015.

Intel believes that Rack Scale will be the big thing after next - following and subsuming microserver architectures such as HP’s Moonshot. To this end, the company has been working hard to make the advanced semiconductor technology called silicon photonics - the centerpiece of Rack Scale - more accessible. 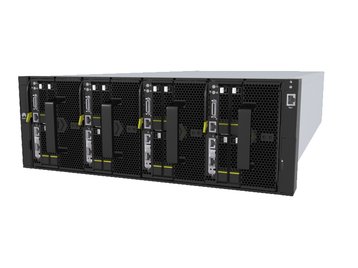 Meanwhile X6800 supports a variety of high-density server nodes in a 4U chassis, including configurations that value GPUs above CPUs, and can work with high-voltage DC power chains. Both server families are powered by the latest Intel Xeon processors 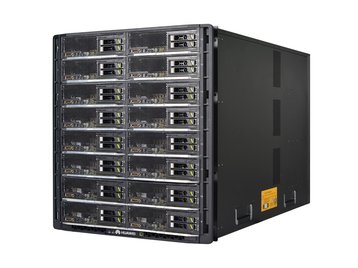 “Huawei values our close collaboration with Intel and we have cooperated in various areas of innovation,” said Qiu Long, president of the Huawei Server Product Line. “This release makes the Huawei FusionServer’s E9000 and X6800 early movers to join the Intel RSD server ecosystem. This not only extends the strength of Huawei in the server space, but also brings Huawei’s customers one step closer to a future of a fully software-defined infrastructure.”

Sandra Rivera, vice president and general manager of Intel Network Platforms Group, added, “The launch of the Huawei RSD platform is indicative of the value in more agile and flexible solutions for hyperscale data centers, supported by Intel architecture and technologies. This type of collaborative solution within the industry will accelerate data center innovation.”