HPE is set to roll out three scalable HPC systems that it says will provide AI capabilities to research and national security organizations.

Available from July, the systems will be rolled out alongside the company’s software-defined HPC offering, helping meet customer needs in terms of “compute performance, agility, security and flexibility” while reducing energy consumption and space requirements.

Three, is the magic number 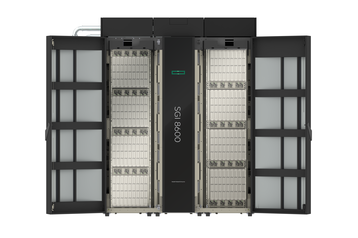 The first on the list, the SGI 8600, is a liquid cooled petascale system based on SGI’s ICE XA machine. It can scale to 10,000 nodes thanks to integrated switches and what the company calls ’hypercube technology’ - using indexing software that automates the search process and does not depend on a query and response method.

The Apollo 6000 Gen10 offers 300 teraflops per rack. HPE claims it is the “most secure HPC system in the world” thanks to an integrated digital fingerprint designed to prevent servers from booting if the firmware has been compromised. 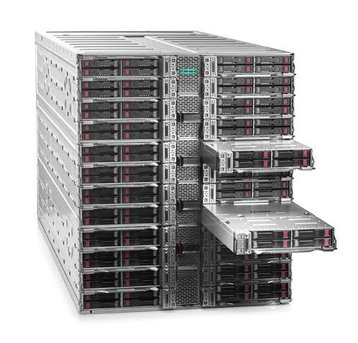 The company is also introducing a new wave of software-defined HPC services with Core Stack 2.2, as well as cluster management and optimization tools, and third-party workload management software.

“Today, customer’s HPC requirements go beyond superior performance and efficiency,” said Bill Mannel, VP and GM of HPC and AI solutions for HPE. “They are also increasingly considering security, agility and cost control. With today’s announcements, we are addressing these considerations and delivering optimized systems, infrastructure management and services capabilities that provide a new compute experience.”

It has been a busy few months for HPE. Last week, along with AMD, Cray, IBM, Intel and Nvidia, the company was awarded a part of a $258m research contract by the US Department of Energy to develop technologies required to reach Exascale computing. A few days prior, the company unveiled its latest memory-based computing prototype, The Machine, a system which the company believes will solve the problems caused by having to shift data on and off storage arrays when trying to process large data sets.