HP delivers on its ARM promise 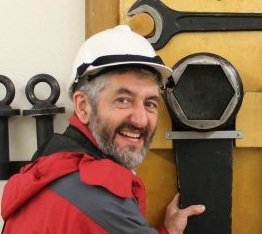 So far, ARM-based processors have been a nice idea but lacking in actual delivery. That may change from today, as HP has finally delivered actual ARM-based cartridges for its dense server system, Moonshot.

The concept of ARM servers always sounded good. The ARM design is in virtually every phone and tablet in the world. It’s designed not to drain batteries, which makes it great for other low energy applications.
ARM has no foundries, but licences the design to multiple processor makers, with Qualcomm shovelling out the chips as fast as it can for phones.

Many ARMs make Intel worried?
So the way is clear for multiple vendors to design ARM processors, and build them into servers, providing something the industry desperately needs - a solid competitor to Intel. With multiple vendors on board, the ARM family would itself contain competition.

That’s the theory. The practise hasn’t been so great. ARM chip startup Calxeda shut down in December for lack of funding. Intel rival AMD is struggling to get started in ARM chips. And server makers have been very hesitant indeed.
Dell has been saying for some times that it “might” do ARM servers, but it’s always been a “maybe next year” thing.

So HP’s Moonshot ARM cartridges are something of a breakthrough for the idea of ARM servers. “We are the first major player to back the ARM architecture,” Olivier Frank, HP’s Moonshot director for EMEA, told me.

HP’s been able to take a risk on ARM, partly because the features of Moonshot make it a good place to try out new ideas. The Moonshot platform is designed to hold specialized cartridges for different tasks  - something HP has sometimes referred to as “software defined servers” - so it’s less of a risk to run up an ARM module.

For the moment, it probably has better performance. There are ARM modules with more memory (64Gbyte) and faster network connections (10G) than their Intel-based relatives, but that’s mostly because they are simply a newer generation.

HP’s Intel Moonshot cartridges are due for a refresh very soon, and we can bet on them getting the same infrastructure support as the ARM units.

The m400 uses ARM chips made by Applied Micro Circuits, and the m800's brains from from Texas Istruments, but other vendors’ chips may be in there in future.

The ARM army
Will it work? Well, data center people want new technology to cut their power use. But in many ways they are a pretty conservative bunch -  and often for good reason.

Software support for these ARM chips will be less well developed than for the Intel ones. Here HP has announced a development lab, and support to get applications ported across to the new processors.

This effort will be crucial. HP will find that delivering ARM servers is just the start of the process. If it’s serious about getting ARM established, it may find that the real work has only just begun.

A version of this article appears on Green Data Center News.