How to choose the right storage architecture 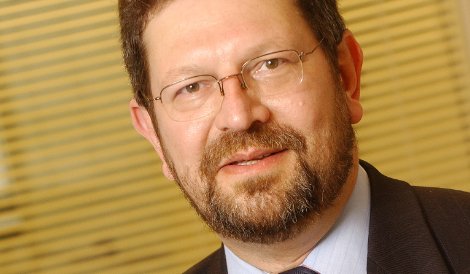 As IT staff deploy virtual machines at an exponential rate, they inevitably reach the performance limits of the spinning disks, exceeding maximum storage IOPS before reaching maximum capacity. As a result, a significant amount of capacity is left unutilized.

Consider the four main components of virtualization: CPU, memory, network and disk storage. CPU power continues to increase in accordance with Moore’s Law, doubling approximately every two years by providing an ever increasing number of processing cores and clock speeds. We also see memory sizes increasing rapidly owing to low-cost RAM modules and faster connectivity such as 10 Gigabit Ethernet, 8Gb Fibre Channel and 40Gb InfiniBand. All of this allows more VMs to be deployed at increased levels of performance.

When we look at disk technology, however, classic spinning disks remain limited by their mechanical components, constraining the number of IOPS and thus the number of VMs they can support. Although SSD technology will alter this relationship, it is unlikely to become mainstream as primary storage for several years because of cost/capacity constraints and reliability concerns. So, as the IT industry’s thirst for greater numbers of VMs grows, it puts significant pressure on storage infrastructure—an issue that can only be addressed by more-efficient design.

When did storage become so critical?
By making servers ‘virtual’ users can move them between hardware swiftly and without downtime, leaving the physical machine to be viewed as little more than a CPU with a bit of memory, and I/O. Conversely, in a VM environment, the storage system grows in importance, as it becomes the underpinning of the entire infrastructure. In a virtualized environment the traditional system disks are provisioned from the central storage, not only adding load but also adding to the randomized data access pattern as many virtual servers concurrently contend for disk resources.

Consider this example: Administrator ‘A’ wants to consolidate and virtualize his infrastructure. He has 25 Windows servers, 5 Linux servers, MS Exchange, an ERP system, two small SQL databases and user home directories. The administrator in this scenario will often invest in several new servers with a drastically increased number of CPU cores and provide needed memory but may neglect to size the storage system properly. The problems start here because many factors, including capacity, types of drives, RAID levels, throughput and random I/O performance, need to be considered.

Performance versus capacity
In the classic disk-drive market, significant capacity increases occur every 18 months. But we don’t see a significant increase in spinning-disk performance when benchmarking SATA 1 versus SATA 2 drives or a 3Gb SAS versus 6Gb SAS drives. Performance results remain the same. In the past this may not have presented a challenge, as disk capacity remained so low that most SAN solutions included upwards of 50+ disks to provide any useful capacity. This many disks provided plenty of IOPS per GB of capacity.

In the current technology climate, a prevalence of cost-effective SATA drives could provide the same capacity with one-fifth or one-sixth the number of disks required, compared with SAS drives. This use of SATA drives significantly reduces the number of IOPS per GB and, if used in a demanding random-I/O environment like a highly transactional database or large virtual server infrastructure, SATA disks and their IOPS capability will bottleneck long before the capacity limit is reached, unless they are fronted with solid-state cache, which can increase the system’s random-I/O performance by three to ten times.

The pattern in which an application or ‘host’ server reads or writes its data can significantly affect the performance of the storage system.

Data patterns are usually referred to as either random or sequential. A random data pattern implies that the data is written or read from random areas of the disk platter. This has two main effects on the performance of a RAID system. First, it drastically reduces the effectiveness of the controller cache, which relies on patterns to ‘guess’ which data blocks will be read or written next. In a random data pattern this is not possible, since a random sequence of events can never be ‘guessed’ and, as such, cached, but ‘hot data’ does tend to gravitate into the cache.

The second crucial effect of random patterns is an increased number of ‘seeks’: the point at which a disk head must move to the next requested data block. If this block is randomly placed, the disk’s actuator arm and head must move a significant distance to seek the block for each read or write. This situation adds significant overhead and reduces performance.

For example, SATA drives, which use larger disk platters, suffer under very random workloads, as they only spin at 7,200rpm and have longer seek and access times (8.1ms on average). SAS drives are better suited because they have smaller platters and spin at 15,000rpm, and they seek in about half the time (3.3ms on average). In extreme high-performance applications, SSD are an alternative because they have no moving parts, making seek times near nonexistent.

With a random workload, spin speed and access time are crucial to spinning-disk performance. The faster a disk spins, the more IOPS it will provide. By contrast, a sequential data pattern is one of structure and predictability: for example, data backup and video streaming. In these applications, the files are typically large and are written to the disk in continuous blocks and sectors.

With this in mind, the RAID controller and disks can more easily ‘guess’ and/or cache the impending data blocks to increase performance. In addition, the disk actuator arm and head need not move a great distance to seek the next requested block. Such sequential applications are usually designed around MB/s (throughput). This design is rarely limited by disk speed and more commonly limited by the controller and interconnect. So, in a storage design for sequential applications, SATA, SAS and SSD disks provide very similar performance levels. The quick rule of thumb is that sequential patterns are those with large or streaming files and are best suited to SATA drives. Random workloads are typically those with very small files or storage requests that have no consistent structure (virtual servers, virtual desktops, transactional databases and so on) and are best suited to SAS or possibly SSD.

The impact of RAID
Understanding data patterns and disk types is crucial when designing storage for specific applications, but RAID level/type must also be considered. The storage concept of ‘parity penalty’ refers to the performance cost or impact of protecting data via RAID. This penalty only exists on writes, so it is important to know if the environment is write- or read-intensive. These are the RAID protection parity penalties: