Hosting Facebook has brought talent and investment to Lulea 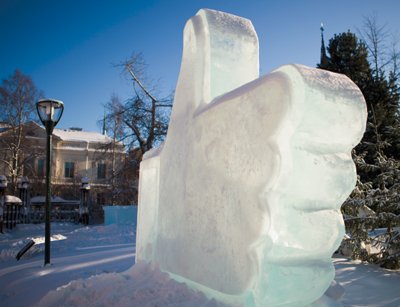 The construction of a local data center for Facebook has brought a mini boom to the northern Swedish town Lulea, according to its mayor.

After a year of construction, Facebook's Arctic Circle data center has yet to open, but the mere presence of the brand has already brought a flood of inward investment.

According to Lulea's Mayor Karl Petersen, who called the local economic stimulus the ‘Facebook effect’ Lulea's local science park has reported a 25% rise in companies coming to the area following Facebook’s announcement that it will build there.

Applications to Lulea'a University of Technology are also up - by 18% - and support companies for data centers are setting up in the area.

Companies such as storage giant EMC, vendor Fusion-io and service provider Milestone now have a local presence. In addition construction agency NCC has created a division specializing in data center build to be based in Lulea.

“This past year with Facebook’s presence has meant a great deal for Sweden and Lulea. We are entering a new, digital industrial era, and we expect growth and positive effects to continue,” said Petersen.

Meanwhile, new infrastructure investments will double the capacity for Internet traffic into Sweden. In a new pilot project several Lulea households will receive a broadband capacity of 1000 Mbps.

The Lulea University of Technology, located just 750m from the new data center, is experiencing an all-time high in applications from students, resulting in the university today having over 17 000 students. Courses on IT engineering have even seen applicants rise by 100%.

“We are experiencing a previously unseen peak in interest and applications from new students,” said Johan Sterte, Vice Chancellor at Lulea University of Technology.

In October 2011, Facebook said it will build its first datacenter outside the US in the City of Lulea. Being close to the Arctic Circle allows for free cooling and cheap hydropower energy. However, a combination of good infrastructure, universities and a global brand are making the remote city a magnate for talent, said the Mayor.

The data center, though 'close to operational' has yet to go live.