The company this week said its Artificial Intelligence Data Center (AIDC), located in the Lingang New Area of the city, had commenced operations. 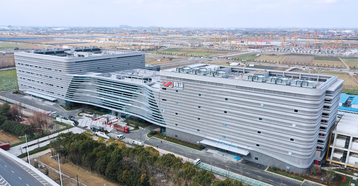 “The launch of SenseTime’s AIDC is a major milestone in our continuous endeavor to build a universal infrastructure for AI innovation. It provides the critical foundations and resources for us to drive digitalization and sustainable development in all walks of life with universal AI capabilities. Working towards our goal of developing a world-class AIDC, we will further open up SenseCore’s capabilities to both academia and industries to drive future AI productivity and foster a healthy, prosperous and inclusive AI ecosystem,” said Dr. Xu Li, co-founder and CEO of SenseTime at the opening ceremony.

The company broke ground on the facility in July 2020. SenseTime reportedly has 23 ‘AI supercomputing clusters’ located across markets in Hong Kong, China, Japan, and Singapore; the company said the newest data center takes its total computing capacity to over 4.91 exaflops and will “significantly boost” the capabilities of its proprietary SenseCore AI infrastructure platform.

SenseTime, recently listed on the Hong Kong Stock Exchange, was previously one of the world’s most valuable AI startups. It offers a number of products for Enterprises, healthcare, IoT, and smart city applications.

The company is, however, on the US government’s Entity sanctions list and has been since 2019, blocking them from doing business with American firms. It was recently added to the US NS-CMIC List days before its IPO over its development and ownership of surveillance technology potentially used against ethnic Uyghurs.

In response, the company said: “We strongly oppose the designation and accusations that have been made in connection with it. The accusations are unfounded and reflect a fundamental misperception of our Company. We regret to have been caught in the middle of geopolitical tension.”

In July 2019, SenseTime filed a patent for a facial recognition feature that could distinguish between people who were and were not ethnically Uyghur.