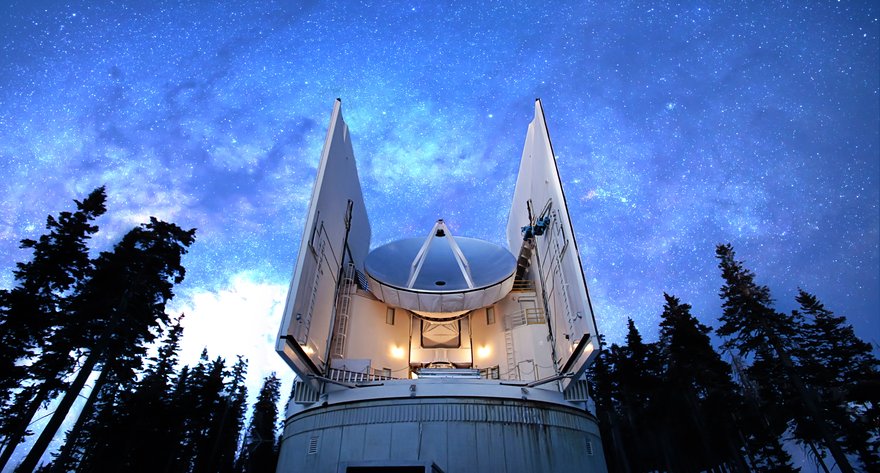 Helium-filled hard drives from storage vendor HGST are being used to help a “virtual telescope” to explore the structure of a black hole for the first time. Meanwhile, Professor Stephen Hawking surprised the world by suggesting black holes themselves store data.

The Event Horizon Telescope (EHT) project combines data from a large number of radio telescopes round the world, and is studying the supermassive black hole Sagittarius A* and create an image of its boundary, the “event horizon”, and test the extremes of Einstein’s theory of General Relativity. The vast amounts of data produced by EHT are being stored using HGST Ultrastar HelioSeal helium-filled hard disks, thanks to their capacity and ability to operate at high altitudes.

By coincidence, the news arrived at DatacenterDynamics at the same time as a new theory from Professor Stephen Hawking which suggests that black holes themselves could act as a (somewhat-impractical) storage device, whose surface, or “event horizon” carries a holographic fingerprint of everything that has ever been sucked into them. 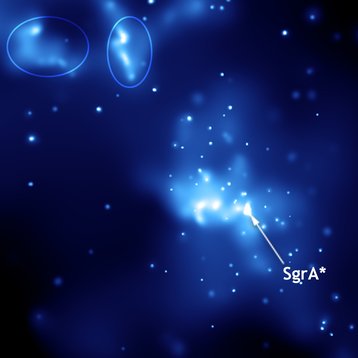 Heart of the galaxy

At four million times the mass of the sun, the Sagittarius A* black hole lies at the center of the Milky Way galaxy. Gas and dust obscure the view in optical light, although “light echoes” or reflections from cosmic dust can be seen by telescopes (left).

EHT is operating in the radio spectrum of millimeter waves and combining data from many telescopes around the world, along with very long baseline interferometry (VBLI) stations, to create a “virtual” high-sensitivity, high-resolution telescope with an effective diameter the size of the entire planet Earth.

The project is producing more data than the Large Hadron Collider at CERN, and has opted for storage with the HGST drives, which have high capacity, low power needs, and operate in high altitude conditions. 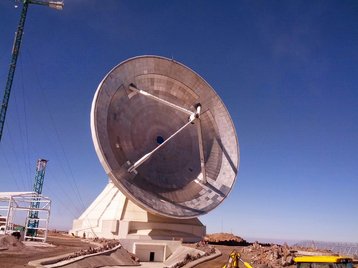 Thirty-four observatories and universities around the world are collaborating in the Event Horizon Telescope project.

As black holes are so distant that they span a very small area of the sky, the EHT group needs a telescope with the highest magnifying power possible. This can only be achieved by creating the EHT’s global array, wich includes telescopes in ten  geographic locations, each recording data at 64Gbps. When the resulting petabytes of data are processed at a central location, the EHT becomes a virtual radio dish as large as the earth that can resolve objects 2,000 times finer than the Hubble Space Telescope.

The limitations of data storage technology are no longer holding the project back according to astrophysicist Shep Doeleman, EHT director, and professor at the Harvard-Smithsonian Center for Astrophysics at the Massachusetts Institute of Technology.

“HGST’s contribution to the Event Horizon Telescope project has helped EHT accurately capture and store the massive amounts of data coming in from all the telescopes located around the globe,” said Doeleman.

Helium drives created the only way to ensure that data could be captured in remote locations, such as the high-altitude LMT observatory in Mexico. “All other storage devices physically failed,” said Doeleman, “the high capacity of each drive also ensured that we were able to build denser and fewer enclosures overall.

Studying black holes more closely is a worthwhile goal as there are still things to be uncovered about them, even though they are a long-standing physical idea, first proposed as long ago as 1783 by physicist-clergyman John Michell.

Einstein’s theory of General Relativity put them on a solid footing, and Stephen Hawking proved in the 1970s that black holes radiated light, even though nothing can escape from within their event horizon. The so-called Hawking Radiation is produced by vacuum fluctuations in which particles appear fleetingly at the event horizon, with some falling in and some escaping.

This week, Professor Hawking proposed that black holes must store information, in a paper given at a conference on Hawking Radiation at the KTH Royal Institute of Technology in Sweden. Professor Hawking’s idea is a possible solution to the “information loss paradox”: when particles disappear into the black hole, the information encoded in their wave function is lost, which is a contradiction of the principles of quantum mechanics.

Professor Hawking suggests that particles disappearing into the black hole would create a ”supertranslation” of the black hole’s event horizon (effectively the surface beyond which nothing can be known). This supertranslation would store a two-dimensional hologram of the information carried by the particles, according to a blog post which includes an audio recording from his public lecture,

Since the event horizon is inaccessible, Hawking admitted that  ”for all practical purposes the information is lost” even if it is stored for ever.

Happily for the EHT, the same is not true of the HGST drives.