After acquiring his company last month

Tanzella is the founder and former CEO of Cirracore, an Atlanta-based cloud and colocation company that was acquired by Green House last month for an undisclosed amount.

“We are excited to welcome Fred to executive team,” Shawn Mills, CEO of Green House Data, said. “As we continue to grow, Fred’s experience as a technologist will offer our organization and our clients key strategic guidance. In addition, we expect his security expertise will bring an additional layer of sophistication to our traditional and hybrid IaaS offerings.” 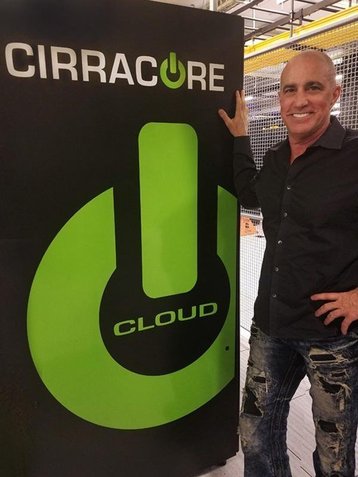 Since it was created in 2007, Green House Data went from owning a single 10,000 square feet (930 sq m) facility in Cheyenne to 100,000 square feet (9,300 sq m) of equipped space for colo and cloud provision in eight locations across the country. It now offers cloud hosting, managed services and IT solutions, with an emphasis on support.

The company’s carrier-neutral facilities interconnect with more than 240 carriers, ISPs and content providers in the West, Central, East and Southeast of the United States.

Green House acquired Cirracore in March, and promptly announced that Tanzella will remain closely involved with the business.

As CTO at Green House, Tanzella will be responsible for leading technology and security strategy, as well as influencing top-line revenue for the company.

“I look forward to this opportunity to step into a leadership role at Green House Data,” he said. “There is an incredible amount of opportunity to deliver highly-secure IT infrastructure into verticals like healthcare and SLED, and horizontally up through organizations of all types that are ready to modernize.”