As part of the devolution of policing powers in Greater Manchester, the GMP is to replace its data center infrastructure and virtualize its operations. And to this end, it is offering a contract to whoever can best assist in the transition and manage the services.

Out with the old 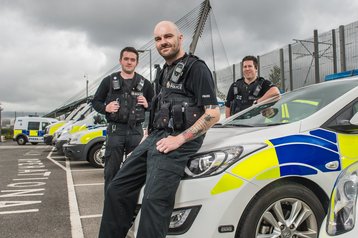 “Making the best use of both information and new technology” is one of five elements of the Target Operating Model (TOM) set out by the GMP after former Labour MP Andy Burnham was the first to be elected ‘metro mayor,’ putting him at the head of the combined authority of Greater Manchester, a cluster of 10 boroughs.

A GMP source said that “GMP is committed to improving technology to enable staff to work more effectively and efficiently, the IS Transformation Programme (ISTP) have, and will continue to introduce new technology to support core operational policing,” said the notice. “This includes how users will experience IT as part as their roles alongside building a better IT infrastructure to be more dependable and flexible in the future.

The five companies shortlisted to bid for the contract will be announced at the end of June.