Renewably powered, but not renewably cooled

Google’s South Carolina data center has found itself in hot water after the company filed for a permit to draw 1.5 million gallons per day from an aquifer to cool its expanding facility.

While it’s unclear how much water can be sustainably drawn from the aquifer, residents, conservationists and water utility officials have opposed the move, which would make Google the third largest aquifer user in the three counties around Charleston.

South Carolina Department of Health and Environmental Control (DHEC) is set to decide on Google’s permit next month, but either outcome could be challenged or appealed. 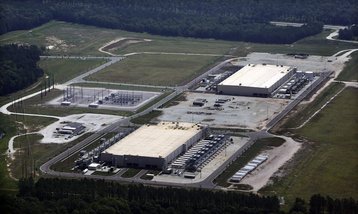 Google currently uses about 4 million gallons of tap water a day to cool its Goose Creek, Berkeley County data center, with a Post and Courier estimate from a Berkeley County Water and Sanitation report putting the cost at $250,000 per year.

But the company’s plan to tap into an aquifer has drawn criticism due to lack of clarity surrounding how much groundwater exists in the region, and how quickly the deep underground reservoirs refill.

Currently, more than 11 million gallons per day of groundwater are pumped by public, industrial and private wells in the three counties around Charleston. The water pressure at these wells has dropped steadily, showing that the rate at which rainwater percolates down to the aquifers is slower than the rate it is being drawn up at.

The US Geological Survey and the South Carolina Department of Natural Resources are currently working on an updated groundwater study estimating rates of flow and recharge, the Post and Courier reports. The study is set to be completed by 2019.

“Google cares deeply about the environment, both globally and locally and especially at our data center sites,” data center vice president Joe Kava told the publication.

“We evaluated various water options and invested in researching the impact that groundwater withdrawal would have on the community and the environment, and data from our groundwater consultants indicate that impact to the aquifer and the community is expected to be minimal.

“We look forward to collaborating with the community and discussing their comments about this groundwater application.”

Google is also experimenting with using rainwater for cooling at the site, but does not appear to have used this to a significant extent. In its permit application, the company said that it had studied alternatives and decided the aquifer was the most readily available source of cooling.

The company plans to re-use water it pumped, but some will be lost to evaporation. It then plans to discharge it into the sewer system, rather than return it to the aquifer - an expensive process.

Ahead of a meeting earlier this month over the proposal, Emily Cedzo, of the Coastal Conservation League, said: “[Google] should practice what they preach and do the right thing.”