Google has launched the beta version of its Cloud Services Platform (CSP) - the first real attempt at getting its cloud software into enterprise data centers.

CSP, based on Google’s Kubernetes Engine (GKE) built for on-premises use, was announced at last year’s Google Cloud Next event. 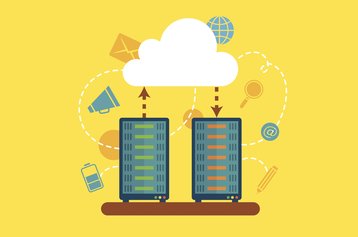 A different approach to hybrid cloud

Google’s CSP has a different approach to on-premises deployments than Microsoft's Azure Stack or AWS' Outposts, both of which focus on pre-configured combinations of hardware and software.

Instead, the basis of Google’s CSP is the GKE, which allows enterprises to run applications in software containers, either in on-prem data centers or in Google Cloud, and shift them between the two.

The move recognizes that some enterprises might be hesitant to move their business to the cloud right away, preferring a hybrid approach that offers the security of on-prem with the flexibility of cloud services.

Speaking to DCK, Adam Glick, lead product marketing manager for Google CSP, said “What we offer is software. We found that when we talked to customers, 50 percent of them want to be able to run this on their own hardware.”

“They didn’t want to make additional investments to be able to take advantage of modernization, so providing this as a software-managed service, we are able to meet their needs.”

In a 2017 Forrester survey, 76 percent of global infrastructure decision-makers said they were opting for a hybrid cloud model, so Google’s hardware-agnostic approach to CSP could provide the company with a distinct advantage.

This is not the first time Google has attempted to bring its software tools on-premises: Google Search Appliance, released in 2002, was a sever that provided document indexing functionality, offering businesses a sort of internal Google search, based on the company's algorithms and hardware from Dell. Google announced it would discontinue the Search Appliance line in 2016, with official support ending this year.