The European Commission can’t put Google off of Europe

A day after opening a data center in Ireland, Google has continued its European expansion with the launch of a new research group in Zurich, Switzerland. Based in Google’s existing Zurich offices, the group will focus on machine learning, a fast-growing branch of artificial intelligence research.

Google Zurich, the company’s largest engineering office outside the US, is behind the engine that powers Knowledge Graph and the conversation engine that powers the Google Assistant in the recently announced Allo messaging platform. 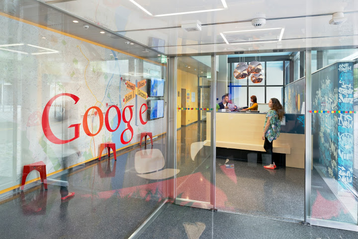 “Google Research, Europe, will foster an environment where software engineers and researchers specialising in ML will have the opportunity to develop products and conduct research right here in Europe, as part of the wider efforts at Google,” said the new head of the group Emmanuel Mogenet.

The European branch of Google Research will focus on machine intelligence, natural language processing and understanding, and machine perception.

Mogenet added: “In pursuit of these areas, the team will actively research ways in which to improve ML infrastructure, broadly facilitating research for the community, and enabling it to be put to practical use.

“Furthermore, researchers in the Zurich office will be uniquely able to work closely with team linguists, advancing Natural Language Understanding in collaboration with Google Research groups across the world.”

At a launch event, Mogenet said that the group plans to teach AI ’common sense’, continuing: ”We are very ambitious in terms of growth. The only limiting factor will be talent.”

AlphaGo was developed by UK-based DeepMind, which Google acquired in 2014 for $500 million. Earlier this week Alphabet chairman Eric Schmidt called the company “one of the greatest British success stories of the modern age.”