Google is planning on expanding its Oklahoma campus, having announced that it would spend $600m on a new, four-story facility to the site, which is its second biggest in the world.

The first phase of the campus, located at the Mid-America Industrial Park in Mayes County, was a 130,000 sq ft (12,000 sq m) facility worth $600m, which came online in 2011; four years after Google bought the property. It reportedly stalled the project because it felt it did not need the capacity at the time, but emphasized that it valued the state for its availability of land, workforce, and energy infrastructure - and has since largely made up for lost time. 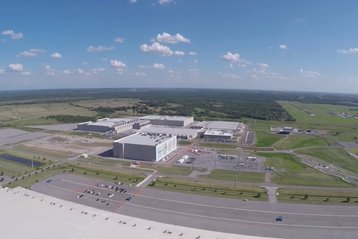 A long history together

The last expansion made on the site to date was announced in 2016, when the company laid out its plans to ramp up its investment in the state to $2bn by 2018, adding a four-story data center to the site.

The facility now employs more than 400 people, which accounts for 20 percent of the companies’ data center staff worldwide, with Pichai stating that the company currently employs approximately 1,900 people on its campuses. The company’s investment in the Midwestern state of Oklahoma now totals at more than $2.5bn.

Governor Mary Fallin welcomed Google’s latest investment, stating that it “represents a major economic win,” and that “It further emphasizes that our pro-business environment helps Oklahoma attract and retain some of the best companies in the world.”

She continued: “Google continues to be a valuable partner in our state by reinvesting in the community,” Fallin said. “It has donated more than $2 million in STEM grants and tech programs, which is another reason I’m pleased Google has chosen to grow in Oklahoma.”

To provision the campus with renewable energy, in 2011, the company signed a 100MW power agreement with a local wind farm, a deal which it extended to 240MW – the entirety of the power generated at Mico II - in 2013.

Then, in 2015, the company signed another two, 200MW wind power contracts for the Renewable Energy Systems Americas Bluestem project in Oklahoma.

According to the blog post in which Google Inc. CEO Sundar Pichai detailed the company’s US expansion plans, the company now has renewable energy purchasing commitments that “will result in energy infrastructure investments of more than $3.5 billion globally, about two-thirds of that in the United States.”

However, due to local energy regulations, it is unable to power its own facilities directly with the energy generated, it must sell it on the wholesale market and apply the Renewable Energy Credits to its power usage declarations.