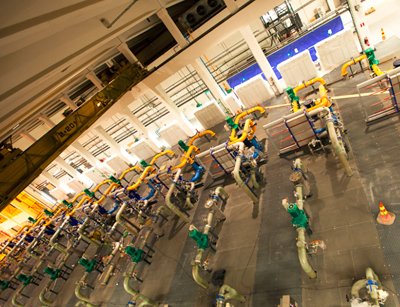 Google will invest an additional US$184.5m to double the size of its new data center in Hamina, Finland, according to a Reuters report. The company said the decision was a response to growing demand for its services.

The Hamina data center is famous for its innovative cooling-system design. The building used to be a paper mill, which used underground granite tunnels to bring water from the Bay of Finland for free cooling.

Google has converted the 60-year-old mill it bought from the paper company Stora Enso for €200m in 2009 and has adapted the seawater cooling system for data center cooling.

The company chose Hamina because of its combination of energy infrastructure, land available for development and qualified local workforce. About 90% of the data center’s employees are Finnish, and most of them live in the local community, according to Google.

This is one of two data centers Google has publicly acknowledged it has in Europe. The other one is in Belgium.

The company has six data centers across the US and three in Asia (Hong Kong, Singapore and Taiwan).