Solar plant in Zamora due online next October

The company has signed a 12-year PPA with German energy infrastructure developer ib vogt, which has started construction on the 149MWp Garnacha solar power plant located in the province of Zamora in Spain. 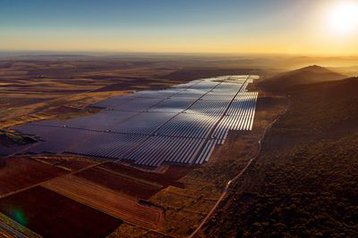 “We are pleased to have broken ground for yet another major project in Spain, contributing towards the country’s own renewable electricity targets and doing our part to power the energy transition,” said Anton Milner, CEO of ib vogt. “We are also excited to be working together with Google and contributing to their important environmental objectives”

Marc Oman, infrastructure & energy principal at Google, said: “We are delighted to work with ib vogt to add new clean energy to the grid while significantly improving Google’s carbon footprint in Spain. By 2025, and with help from ib vogt’s Garnacha project, Google’s Spanish cloud region and offices will operate on carbon-free energy nearly 90 percent of the time.”

Construction on the solar farm began in September, with commercial operations expected to commence in October 2023.

Located near the city of Toro in northwest Spain, the solar project covers an area of 224 hectares of land and will consist of more than 270,000 solar panels.

Heiko Ludwig, global head of structured finance at NORD/LB, added: “The development of ib vogt‘s Garnacha power project and the successful closing of the project financing is a great example of the combined power of different industries like renewable energy, global tech and financial services working together to achieve a contribution towards the green transition of the economy. We are very proud to play a part in this and are glad to continue NORD/LB’s growth in the promising Iberian renewable energy market.”

Bartholomew White, European head of structure finance at Santander CIB, said: “We are proud to be supporting our clients through the green transition and look forward to many more projects to help us achieve our net zero targets and continue reinforcing our leadership in the renewables sector. Congratulations ib vogt and everyone involved in the execution of this project.”

While Google currently purchases 100 percent of its energy through renewable contracts and offsets, it plans to supply all of its data centers with 24/7 carbon-free energy by 2030. Last week Google announced a 100MW wind PPA in the UK, and earlier this month signed a 942MW solar PPA in Texas.