Google may unveil a powerful quantum computer by end of 2017

Quantum computing could be set for a major breakthrough, with Google quietly working away on a 50 qubit quantum computer that could best the world’s most powerful supercomputers at certain problems, New Scientist reports.

After speaking to experts and researchers in the field, the publication believes the quantum device could arrive as soon as the end of next year.

It is or it isn’t happening 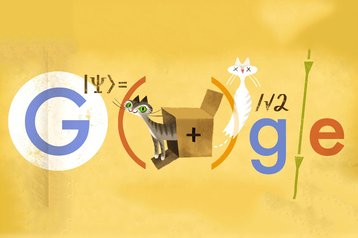 While classical computers use bits that are in the state of either 0 or 1, quantum bits (qubits) can be in the state of 0, 1 or both (known as superposition). Computers can therefore take advantage of the significantly greater number of possible states - if scientists can work out how to make the systems operate.

“They are definitely the world leaders now, there is no doubt about it,” Simon Devitt at the RIKEN Center for Emergent Matter Science in Japan told the New Scientist. “It’s Google’s to lose. If Google’s not the group that does it, then something has gone wrong.”

Google previously announced a nine qubit system in a paper outlining plans for “quantum supremacy”, but the rumored 50 qubit quantum computer is thought to be the next step. The company has picked an area of computing naturally more attuned to that of a quantum computer - simulating the behaviour of a random arrangement of quantum circuits - and plans to show that its machine can outperform existing supercomputers.

Using the 49th most powerful computer in the world,  the US National Energy Research Scientific Computing Center’s Edison, Google simulated the behaviour of quantum circuits on larger and larger grids of qubits, up to a 6 × 7 grid of 42 qubits.

Computing these grids grows exponentially in memory requirements as grids get bigger - a 6 × 4 grid needs just 268 megabytes, while the 6 × 7 grid requires 70 terabytes. A 48-qubit grid would have required 2.252 petabytes of memory, nearly double that of the most powerful computer in the world.

This is the problem Google hopes to solve with a 50 qubit quantum computer.

After that, the plan is to grow the number of qubits the computer can handle. “It’s absolutely progress to building a fully scalable machine,” Ian Walmsley at the University of Oxford said.

Google has dabbled with quantum computing before, purchasing a specialized computer from D-Wave in 2013. The latest D-Wave technically has over 1,000 qubits, but the system is not seen as a ’true quantum computer’.

In 2014, Google hired the University of California’s John Martinis to lead a project to design its own superconducting qubits that aim to outperform D-Wave. “His qubits are way higher quality,” said Scott Aaronson at the University of Texas at Austin, who has discussed some of Google’s plans with the team.