The biggest corporate purchase of renewable energy in history

The deal, the largest in corporate history, brings Google's overall portfolio of wind and solar agreements to 5,500MW. 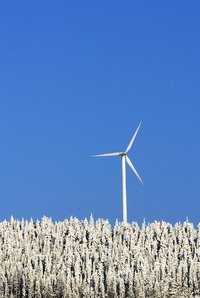 That's a lot of power

In the US, Google will purchase energy from 720MW of solar farms in North Carolina (155MW), South Carolina (75MW), and Texas (490MW). In South America, the company will purchase 125MW of renewable energy for the grid that supplies its Chile data center.

The company said that it only makes long-term purchase commitments that result in the development of new projects, rather than just buying from existing renewable sites. While its investment was not disclosed, it said that the 18 deals will "spur" the construction of more than $2 billion in new energy infrastructure.

"These renewable energy purchases aren't only notable for their size," Google CEO Sundar Pichai said in a blog post.

"Up to now, most of our renewable energy purchases in the US have been wind-driven, but the declining cost of solar (down more than 80 percent in the past decade) has made harnessing the sun increasingly cost-effective.

"Meanwhile, our Chile deal marks the first time we’ll buy power in a hybrid technology deal that combines solar and wind. Because the wind often blows at different times than the sun shines, pairing them will allow us to match our Chilean data center with carbon-free electricity for a larger portion of each day."

Google made headlines this week after a Reuters report that the company plans to spend €3bn ($3.3bn) over the next two years to expand its European data centers.

The promise, made by CEO Sundar Pichai in Finland, does not actually appear to be all that new: Earlier this year, the company promised to spend $1.1 billion on its Netherlands data centers; and $670m on its Hamina, Finland, data center. The company is also currently building a $690m facility in Fredericia, Denmark

Google did not provide any further information, and did not detail whether it plans to do anything with the 109 hectares it owns in Sweden, and the farmland in Luxembourg that could become a $1.1 billion project.