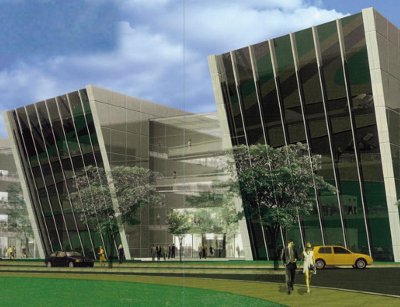 Google has launched a data center in Dublin’s Profile Park, pitched as “Ireland’s Datacentre Cluster”. The park is also home to data centers by Microsoft, Digital Realty Trust and TelecityGroup, as well as facilities by Facebook, Amazon and eBay-owned PayPal.

Dublin, home to Google’s European headquarters, has weather conditions that enable extensive use of free cooling, and the company fully intends to take advantage of it. Dan Costello, Google’s director of global data center operations, told Computer Weekly that the Profile Park data center’s cooling system was highly efficient and continued the company’s tradition of building some of the most energy efficient data centers around the world.

When an Irish organization responsible for attracting overseas investment first announced the project about one year ago, it said Google planned to invest €75m in it. John Herlihy, head of Google Ireland, said then, “We’re very happy to continue investing in Ireland and to build out our presence here even further.

“The new data center will be one of the most energy-efficient in Google’s global fleet.”

The data center was built on Google-owned 11 acres of land in the Profile Park.

Google’s other European data centers are in St. Ghislain, Belgium, and in Hamina, Finland. They are both much larger than the new Dublin facility.

In addition to its European facilities, Google has three data center sites in Asia and six in the US. It is also building a Latin American data center in Quilicura, Chile.

Since the majority of its revenue comes from online products, Google spends an enormous amount of money on data center and IT infrastructure very quarter. In the second quarter of 2012 alone, it reported having spent US$774m on data centers, servers and networking gear.