As a farmer decides whether to sell his land, Google says it can’t wait

Google has reportedly given Luxembourg a deadline of this Friday, as it attempts to acquire land for a €1 billion ($1.14 bn) data center in the country.

Google is eager to begin construction on the facility, announced last week, and is preparing to buy up parcels of land it would require. But one farmer has apparently refused to sell his property, causing the Internet giant to set an ultimatum. Should the land be unavailable, however, Luxembourg’s government has promised it will find somewhere else - if given enough time.

We’re bigger than you 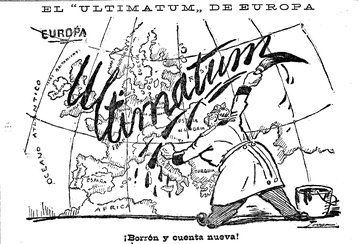 In an interview with daily paper the Luxemburger Wort (translated by Delano), Economy Minister Etienne Schneider said that an agreement in principle had been reached between the government and Google, as long as the former can provide the company with 25 hectares.

Negotiators have settled on Roost, in the municipality of Bissen, as the place to locate the data center, with its close proximity to an electricity distribution center operated by Creos. LuxConnect’s Edouard Wangen and Telindus’ Gerard Hoffmann acted as project promoters and emissaries.

But with talks going on for several months, Schneider revealed that Google has become nervous: “The Americans do not understand why it takes so long. They are imposing a deadline next Friday.”

For Schneider, who recently signaled his intention to become prime minister, and for Luxembourg as a whole, the deal would be huge - “This would be the biggest investment in Luxembourg’s history,” Schneider said, adding: “It will be the largest consumer of electricity in Luxembourg, ahead of ArcelorMittal.”

For a rough, unscientific comparison of the two entities, Google’s parent Alphabet has an annual revenue of $90 billion, while Luxembourg’s entire GDP for 2015 stood at approximately $57bn.

With this in mind, Schneider has claimed that there are other potential locations available should the Bissen site fall through. “We found alternatives,” he said.

However, Friday may prove too short a notice for finding a suitable site - local publication Paperjam reports that a Luxembourg delegation will travel this week to the United States to negotiate an extension to the deadline.