Google Cloud opens access to GPUs in its data centers

Google Cloud has expanded functionality of its virtual machines, making them more suitable for GPU-heavy workloads like deep learning and image recognition.

Each custom Google Cloud VM can now support up to four Nvidia Tesla K80 accelerators that essentially combine two GK210 GPUs on a single board.

The service is currently available in public beta from data center regions in the US, Europe and Asia.

Google Cloud seems to be late to the GPU party: IBM SoftLayer has been offering a similar service since July 2015. AWS launched VMs that support up to eight Tesla K80 units in October 2016, while Microsoft Azure introduced the same hardware in December. Chinese cloud giant Alibaba also supports GPUs, but it uses chips from AMD, not Nvidia. 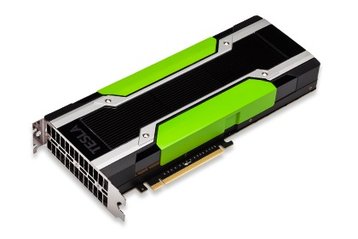 GPGPU - general-purpose computing on graphics processing units - is a relatively recent trend, but the one where Nvidia has been making solid advances. HPC clusters equipped with powerful GPUs can now carry out certain highly parallel calculations much faster than Intel’s most powerful Xeons on their own.

With the new service, up to four Tesla K80 (or eight GPUs) can be attached directly to any custom Google Compute Engine virtual machine to offer bare-metal levels of performance. The GPUs can also be used with the Google Cloud Machine Learning platform that supports popular frameworks such as TensorFlow, Theano, Torch, MXNet and Caffe.

Google says the service enables customers to quickly spin up a large cluster of GPU machines for rapid deep learning and machine learning training, thereby shortening app development cycles. When the GPU resources are no longer needed they can be retired, so customers only pay for what they use.