Joining AWS and Microsoft in the country

Google has opened three data centers in Mumbai, India, from which it will deliver Cloud Platform services.

The new cloud infrastructure region, asia-south1, improves latency by 20-90 percent for end users in Chennai, Hyderabad, Bangalore and Mumbai, compared to hosting them in the closest GCP region, Singapore. 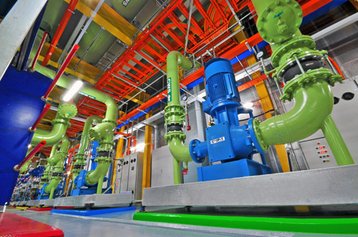 “The Mumbai region has everything you need to build the next great application, and three zones to make it stand up to whatever Mother Nature has to offer,” Dave Stiver, GCP product manager, said in a blog post.

Indian customers will now be able to buy services from GCP directly in Indian rupees.

According to a study published in May by research group Gartner, the Indian data center market was the second fastest-growing market in the Asia Pacific region in 2016, valued at $2.2bn, and expected to reach $4.5bn next year.

A recent 451 Research report also predicted that the region is set for rapid growth, with the public cloud market expected to increase by a quarter every year through to 2021, reaching $1.02 billion in annual revenue.

Google’s rival Microsoft opened three Azure data centers in India in 2015, while Amazon Web Services established presence in Mumbai last year, as part of a $5 billion investment Amazon as a whole is making in the country.

Despite the competition, GCP remains optimistic about its chances in Asia Pacific, operating cloud regions in Singapore, Tokyo, Sydney and Taiwan.