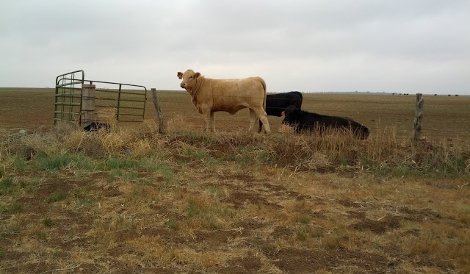 Google has agreed to buy all power a 240MW wind farm being build outside of Amarillo, Texas, is expected to generate. The renewable energy will indirectly power the company's data center in Mayes County, Oklahoma.

This is a typical power purchase deal for the internet giant, which says it is working toward the goal of powering 100% of its operations with renewable energy. Since it cannot legally consume power from a generation plant – due to regulations – the company makes a long-term power purchase agreement with a plant developer, which provides funding for the developer to build the project.

Once the plant is operational, Google strips renewable energy credits (RECs) from the energy it generates and sells the energy itself on the wholesale market, while contracting for regular grid power from the provider that serves that particular market. It can still apply the RECs to its own operations.

The agreement with Chermac Energy, the Native American-owned wind farm developer, based in Oklahoma, is the fifth such agreement Google has made. Matt Pfile, senior manager of data center energy and location strategy at Google, wrote in a blog post announcing the deal that Chermac's Happy Hereford wind farm is expected to come online in late 2014, at which point it will start feeding energy into the Southwest Power Pool, a “regional grid” that serves Google's Oklahoma facility.

The company has made similar investments in Iowa (a 114MW wind farm), Sweden (a 72MW wind farm), Oklahoma (101MW wind farm) and another one in Texas (239MW of wind power). For each of these deals, a massive Google data center is usually somewhere in the region of the wind farm project.

Google takes other approaches to “greening” its power supply as well. In 2012, for example, the company signed an agreement with the Grand River Dam Authority to provide 48MW directly to the Mayes County data center – a capacity equivalent to the generation capacity of a wind farm in central Oklahoma that supplies the utility.