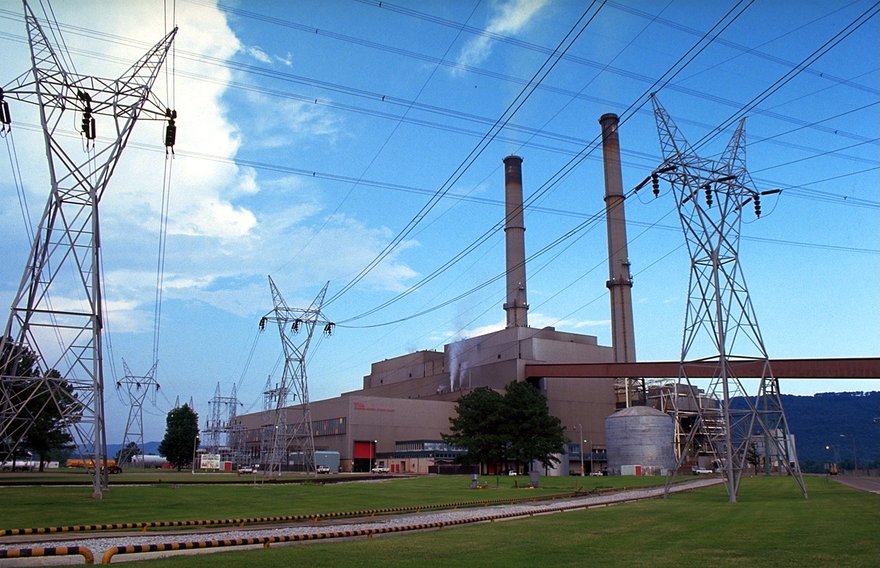 Google is to build a $600 million data center at Stevenson Alabama, on the site of the recently closed Widows Creek coal fired power station. The Google facility will buy renewable power, and make use of some of the power lines left by the power station.

The data center will be Google’s seventh in the US, and fourteenth worldwide, and will bring 75 to 100 jobs to Stevenson, said Google at the announcement. Building is scheduled to start in 2016, and will re-use land on the 350-acre site, made available by the retirement of Units 1-6 of the Widows Creek power station.

“We are excited that is (sic) will bring 75-100 new high paying jobs to Stevenson and the northeast Alabama area,” tweeted Alabama Governor Robert Bentley - although the closure of the final unit of Widows Creek took away 90 jobs

The shutdown of the local coal-fired generation plants by the Tennessee Valley Authority (TVA) has left the area with a complex of power lines, many of which Google will be able to use to draw power into the new facility. Google has said the data center will use power only from renewable resources, but not been specific what those sources will be.

While not heavily discussed outside the immediate area, nearby Tennessee will shortly have a new zero-carbon power source, though it will be one which won’t suit all environmentalists. The TVA is shortly bringing online the first new nuclear power station in the US this century. Watts Bar Unit 2, in nearby Tennessee, will deliver 1150 MW with no carbon emissions.

“Jackson County has the right combination of energy infrastructure and developable land,” said Google representative A.J. Jongewaard. ”Jackson County and the state of Alabama have also worked incredibly hard to make this site work for one of our data centers. We are looking forward to being a part of this community for many years to come.”

The TVA is committed to finding jobs for the employees laid off in the power plant closures, but points out that the TVA itself is downsizing and that any available jobs may not be in the local area. Google has made some additional commitments to the area, but, at this point is only saying “When we finish building our data center, we will launch a formal community grants program in Jackson County that will support organizations and initiatives that focus on three issues we’re passionate about: science and technology education, carbon reduction, and access to the Internet.”

Irrelevant fact: Widows Creek has one of the world’s tallest chimneys, at 305m (1001 ft), according to Wikipedia. However, a list elsewhere on Wikipedia tells us that there are some 40 chimneys in the world which are taller than this.