Calls them the fastest storage systems it has ever produced 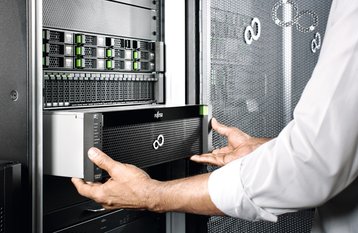 In large data centers, adopting flash could result in savings on power and cooling, since SSDs require a fraction of electricity consumed by hard drives and produce less heat. They are also resistant to shocks and vibration, so there’s no danger that drives will be knocked out by something as trivial as a fire suppression system.

“As the economics of all-flash storage become ever more attractive, we’re enabling customers to create faster, more responsive IT environments that are easily able to maximize the benefits of digital services and next generation data and applications accessed from anywhere.”

According to Fujitsu, the new arrays are aimed at mixed workloads including databases, VDI, analytics, and big data. They support mirroring, in-line compression and deduplication, and the transparent failover feature that instantly switches to a secondary system in the event of a failure.

The new models are fully compatible with the older Eternus DX range of disk-based storage systems, so customers can build their own hybrid storage racks. Fujitsu expects the first shipments of Eternus AF in late October.