SpaceX’s Starlink service has lost its authorization to use spectrum in France after being challenged in court by two associations.

First reported by the Register, the Conseil d'Etat court this week ruled to revoke Starlink’s license to use two frequency bands in the country. 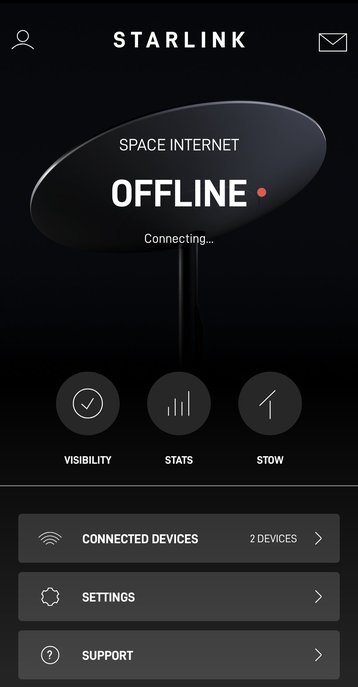 In the ruling, the court granted an annulment of the spectrum use requested by PRIARTEM and Agir pour l'environnement. The rights groups were granted this, the ruling said, because of a lack of public consultation.

“The contested decision of ARCEP, which aims to authorize the company Starlink Internet Services Limited... is likely to have a significant impact on the market for the provision of broadband Internet access and to affect the interests of end-users. Therefore, by taking this decision without having first consulted the public, ARCEP disregarded the provisions of V of Article L. 32-1 of the Post and Electronic Communications Code,” the decision reads.

ARCEP is an independent French agency in charge of regulating telecommunications, postal services, and print media distribution in France. The court has also fined ARCEP €3,000 ($3,200), which will be split between PRIARTEM and Agir pour l'environnement.

“Like 5G, out of bad habit, public authorities believe that environmental and health assessment is at best a must, at worst a procedural concession that we can do without. It is time for the public authorities to stop pushing through on such a subject and finally accept the necessary public debate,” said Sophie Pelletier, president of PRIARTEM.

Founded in 2000, PRIARTEM ‘fights for the protection of health and the environment against the risks associated with exposure to electromagnetic waves.’

Stéphen Kerckhove, managing director of Agir pour l'Environnement, added: "With several constellation projects counting tens of thousands of satellites making any observation of the starry sky impossible while making space a wasteland in the making for space debris, it is urgent to enact international regulations aimed at making the starry sky a world heritage of Humanity, preserved from the appetites of the actors of the far web.”

Founded in 1997, Agir pour l'Environnement is a pro-environmental association. While many of its stances are against pesticides and light pollution and fighting for greater biodiversity and organic farming, it is also calling for a moratorium on the deployment of 5G.

Maître François Lafforgue, of law firm TTLA and representing the associations, said: “The Council of State's decision is a wise decision because it reminds ARCEP that it is never good to take hasty decisions with major consequences.

Starlink has faced a number of challenges in France. Earlier this year the company withdrew plans to build two of three proposed satellite ground stations in France.

The company had proposed to build up to three ground stations across the country; one each in Gravelines (North), in Saint-Senier-de-Beuvron (Manche), and Villenave-d'Ornon (Gironde) but since withdrawn the plans both in Manche and Gravelines.

Residents had been unhappy with the plans, with local city councils and mayors subsequently voting against proposals to actually build the facilities. Locals and officials raised concerns about the health implications of the antennae; a local farmer told the press he was worried his cows would produce less milk.

Another proposed ground station in Belin-Béliet was apparently dropped in early 2021 in favor of the now-abandoned Manche location.

The company has seemingly already installed eight antennae on a rooftop in Villenave-d'Ornon.