Auditor launches internal probe, after employee claims there were conflicts of interest at government facility

Franklin County is conducting an internal investigation after a former employee alleged ethics violations at a government-run data center.

The county’s auditor Clarence Mingo II, who is on the data center’s board, has said that he is conducting an internal investigation, and has asked Ohio Auditor Dave Yost to investigate the claims. 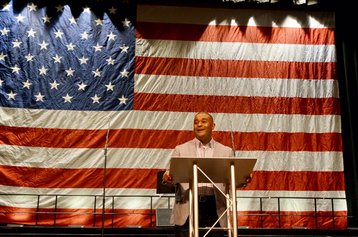 He said, she said

The day after resigning from her job as a technology-services manager to take a position at the Franklin County Alcohol, Drug and Mental Health Board, Amy Fick wrote a letter to the data center’s board. She accused an employee of the facility of steering contracts to companies owned by or employing his relatives.

“[The] most significant issues contributing to my resignation were the multiple ethics violations I witnessed during my employment,” she wrote.

Mingo told The Columbus Dispatch that it “sounds really bad… but as you take a close look, there is nothing to date. There has been no malicious criminal activity happening.”

He added that “we are conducting an internal investigation. Our goal is to be as transparent and factual as possible.” Mingo said that an employee at the facility does have relatives working for companies hired as vendors by the data center, but the employee is not involved with money, contracts or administrative responsibilities.

Fick also asked why the Franklin County Data Center solicited some of its vendors to give gift cards to the County Commissioner’s Combined Charitable Campaign, which were auctioned off to raise money that the county gives to charity. “That would be a practice we are discontinuing just to avoid the appearance of impropriety,” Mingo said.

Mingo wrote a letter to Ohio Auditor Dave Yost where he said that “an initial review appears to indicate several factual inaccuracies in the allegations, however in the furtherance of transparency and continued full faith in the efforts of our hard working county employees I believe an independent review of these allegations is appropriate in order to provide the public with answers.”

He told The Dispatch that he is “not personally convinced that there is a lot here. If there is, [Yost] will find it.”

The local publication also notes that Mingo said a similar thing back in 2014, when his chief of staff, Jerzell Pierre-Louis, left his office after questioning Mingo about allegations that the auditor was improperly involved with another subordinate.

Months later, Pierre-Louis wrote a letter saying that the rumors were not true, and soon after Mingo’s office awarded her a $135,000 contract to coordinate the office’s informal property-value review.

After concerns were raised about this timeline, Yost’s office was asked to to view the contract, with the office and the Ohio Ethics Commission finding that no taxpayer money was misspent.