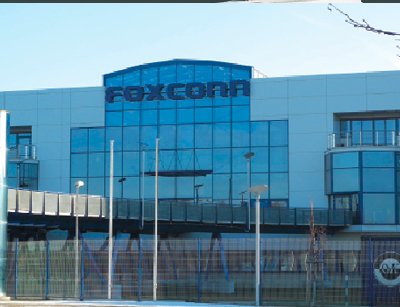 Foxconn, the Taiwanese electronics manufacturing giant known for producing some of the most popular consumer devices, such as Apple's iPads and iPhones, Amazon's Kindles, as well as Sony's and Microsoft's gaming consoles, has secured a contract to build data centers for 21Vianet, a Chinese data center services provider.

The deal is more than a data center construction contract, however. The two companies have partnered to develop and provide cloud services together.

Fuming Fu, a Foxconn senior VP, said the deal was part of a change of strategic direction of the manufacturer. "Our cooperation with 21Vianet is an important step in the strategic transformation of Foxconn," Fu said.

"We look forward to bringing our many years of technology development and manufacturing experience to the Chinese [internet data center] industry to achieve strong synergies and build a long-term win-win cross-strait relationship."

In addition to consumer electronics, Foxconn manufactures servers, storage arrays and networking equipment for IT vendors. It also operates a factory in the Czech Republic that produces HP's modular POD data centers.

In March, Foxconn announced it was building a 45,000 sq m data center in China's Guinzhou province.

21Vianet caters to internet companies, enterprises and government agencies in China. The company operates more than 10 of its own data centers and partners with other providers for wider footprint across the country.

Microsoft uses a 21Vianet data center in Shanghai to host its Office 365 and Windows Azure cloud services to local customers.