The venture will be called SafeDX and the partners will take a 50 percent stake each.

According to the press release, the new facility will aim to help customers from Asia comply with strict European data protection rules. Foxconn says it will become an important element of the previously announced plan to expand its business into the data center segment.

“The first data center in Prague is a pilot project, which we want to follow by an expansion throughout Europe. The services we offer are not intended for large corporations only, they’re for medium- and small-sized enterprises as well.” 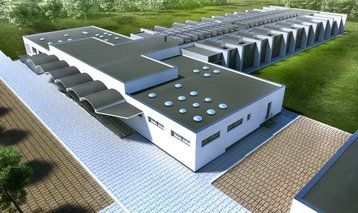 Most of the manufacturing facilities are located in mainland China, but Foxconn also maintains a few factories in Europe. For example, it has built up considerable presence in Czech Republic, where it employs around 5,000 workers.

Now, the country has been chosen as a beachhead for Foxconn’s assault on the European data center market. The company’s local partner KKCG is an investment group that manages assets worth €1.6 billion and employs 2,500 people. It possesses in-depth knowledge of the Czech IT market and already owns DataSpring s.r.o. which operates a data center in Lužice, South Moravia.

By launching SafeDX, KKCG aims to further expand its activities in the information technology sector.

“We are convinced that the current development in the IT sector provides new business opportunities, particularly in relation to our partners in Asia. The investment into the construction of our data center advances the portfolio of the group’s IT services one level higher,” explained Martin Chládek, KKCG’s head of Information Technologies.

There is currently no information on when SafeDX plans to open its facility in Prague.