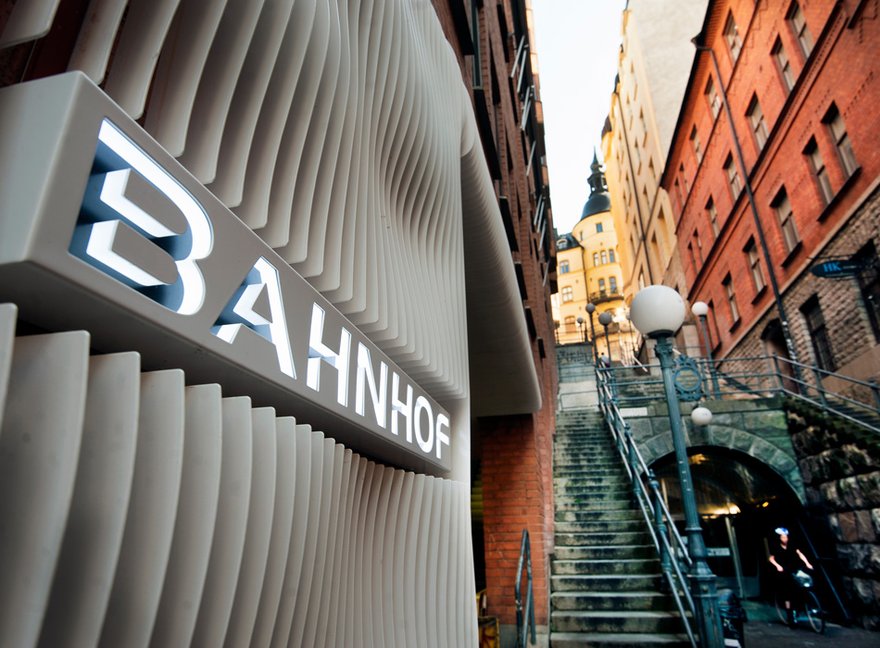 Last week, Scandinavian energy specialist Fortum came to DCD Converged in London with an unusual proposition (see video): it wants to buy the waste heat produced by your data center.

While researchers still argue about the benefits of server heat, Sweden’s oldest ISP Bahnhoff is already issuing invoices for the warm water generated by its cooling equipment, and getting regular paychecks in the mail.

For now, the pilot scheme is limited to Stockholm’s district heating system and Fortum’s Swedish subsidiary Fortum Värme, but the company plans to export this model to other cities with centralized heating.

And that’s not all: Fortum and Bahnhof have joined forces under a new name - Elementica - to build a 20MW experimental facility dubbed the Green Hub, designed around heat generation as much as it wis around data hosting.

One man’s trash is another man’s treasure
Fifty years ago, Stockholm initiated a cutting-edge infrastructure project for the distribution of district heating. Today a single, centralized network managed by Forum provides heat for nearly 80 percent of the city’s homes, shopping centers and offices – and Fortrum gets 80 percent of the energy it needs from either renewable sources, or waste heat.

So far, three of Bahnhof’s five data centers have been plugged into the Stockholm district heating system. The facility in Pionen, built inside a former nuclear bunker and described by Wired as ‘the James Bond villain lair that actually exists’, can support cooling capacity of up to 800kW, with the warm water - no less than 68°C - sold to Fortum.

The S:t Erik data center can export the output of up to 500kW worth of cooling equipment. The Thule site is the largest, able to support a cooling load of 1,500 kW. Although it is less predictable in terms of water temperature, it can also offload excess cooling during the summer.

Bahnhof’s CTO Gustav Bergquist told the audience at DCD Converged that Pionen (pictured below) earned £30,000 in the first three months since the heat pumps became operational: “This is actually working. I’m not just standing here, talking about a nice vision. This is a reality.”
(more below picture)

Bergquist expects that the industrial equipment Bahnhof had installed will pay for itself in just three years – and will considerably increase revenues afterwards.

Fortum’s attempts at harvesting waste heat are not limited to data centers: the company has been running a total of 20 pilot projects across Stockholm, including everything from manufacturing and food processing plants to pharmaceutical labs and even grocery stores.

“We are telling you today that yes, urban areas present challenges to data centers, but also opportunities to do things that you cannot do elsewhere,” said Mattias Ganslandt, project leader at Fortum Värme.

To make its offer more attractive, Fortum has devised several business models, including ‘cooling-as-a-service’. It also runs a consultancy service that can point property developers towards the best locations for such data center/thermal plant hybrids, taking into account the state of the power grid and the demand for heat.

New horizons
Banhhof’s most ambitious project is still under construction. The Green Hub, situated in the middle of Stockholm, is one of the first ever purpose-built data centers optimized for heat recovery. It is expected to open its doors sometime in 2017.

This facility will use seawater for free cooling, and a series of heat pumps to get heat from the water into the district system. It will be powered by 100 percent renewable energy and provide space for 1600 high density racks, each able to support more than 25kW of load.

“This promises to provide us with exceptional opex savings through the sales of heat,” said Bergquist. “The heat represents value. It’s this value that will allow us to provide a very cost-efficient and completely sustainable data center operation.”

Of course, the need for a large district heating system somewhat limits the potential of this model, but you might be surprised just how many cities across Europe have experimented with centralized heating. Some of the largest district heating networks can be found in Reykjavík, Warsaw, Copenhagen, Budapest, Vienna, Berlin, Milan and Paris.

District heating can also be seen in some regions of North America and Asia. Ganslandt told us that a cold climate is not a pre-requisite for waste heat projects - in warmer regions, a similar technology could be adopted for tap water.

We should mention that the new Amazon headquarters in Seattle, which are still under construction, will also recycle data center heat to keep the office workers warm – although it won’t be transferred into a larger system.

You can see Mattias Ganslandt talking about the project at DCD Converged here.