Nordic utility provider Fortum is setting up a district heating system in Espoo, the second-largest city in Finland, and plans to connect data centers to provide heat which could make the system carbon neutral.

Working with the Espoo city authorities, Fortum plans to cease any coal burning in the city by 2025, to switch off two power plants and have 95 percent of district heating from renewable sources by 2029. In 2020, the city announced it had reserved a space for a data center close to the city's heating system. Reports this week say the utility is still looking to find a data center partner for that site. 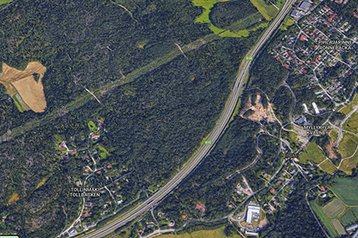 Keeping a space warm for you

The Espoo City Board’s Business and Competitiveness Subcommittee has granted permission for a data center in Hepokorvenkallio, located between Lake Bodom and the Kehä III:n beltway, near the Oittaa Recreation Area, about a mile from the center of Espoo, a city best-known as the headquarters of Nokia.

It's part of a plan to make the city carbon-neutral, which includes a carbon-neutral district heating network, that will accept heat from data centers and other industrial sites, much like the Stockholm Data Parks site in Sweden, which Fortum helped set up in 2017. The heating system is a public-private partnership between Fortum and the City of Espoo.

Fortum plans to shut down two of the three combined heat and power (CHP) plants it operates in Espoo, one being a coal-burning steam turbine, the other being a combined cycle-gas turbine, weaning the city onto heat produced without burning fuel, so no more coal is burnt by 2025. The district heating system is planned to essentially go carbon neutral by 2029. In 2030, it hopes to expand its district heating to the Kirkokonummi and Kauniainen regions.

Fortum says a 100MW data center would provide enough heat for 35 percent of the demand in the Espoo district heating network. The original Hepokorvenkallio announcement in 2020 said a single data center could cover 1.7 percent of Finland's emissions reduction target for 2035, some 300,000 tonnes of carbon dioxide equivalent emissions.

“Placing a data center in a city located in a cool climate zone makes it possible to recover and utilize waste heat," says Espoo's head of technical and environment services Olli Isotalo last year. "Espoo has the opportunity to show the way for the rest of the world in this respect.”

The Hepokorvenkallio site is ideal because it is next to the major road, suffering from noise and air quality impacts which have assigned it to business and industrial use in Espoo's master plan. It's close to the existing district heating network, with a main grid power line for the electrical input. "The utilization of the existing district heating network and electricity grid will reduce the environmental impacts and costs of construction," said the city of Espoo's release last year.

The site is currently wooded, and a 100m wide strip will be left in the center of the planning area to serve as a corridor for Siberian flying squirrels, while the link connecting the forest areas to the north and south of the Kehä III beltway will be preserved.

The city predicts that the data center may be worth more than €1 billion ($1.2bn), and create a "significant" number of jobs. which Espoo estimated at between 100 and 300 people, along with indirect jobs and the associated construction and replacement investments.

“Major data center investments bring well-being and promote the global visibility of the localities in which they are built, as a result of which competition for them is fierce in the Nordic countries as well," said says Antti Kaikkonen from Fortum. last year. "The large-scale recovery of waste heat is our unique ace in the hole, thanks to which our project has a very good shot at success in the competition. It has already raised a great deal of interest on the market."