Twitter has a 50 percent chance of a major outage during the high-traffic World Cup, a former employee said.

A member of Twitter Command Center, which handles traffic spikes and data center outages, the employee told The Observer that there was a 90 percent chance of noticeable glitches during the football competition. The World Cup has already caused outages with streaming service BBC iPlayer and the FIFA ticketing app. 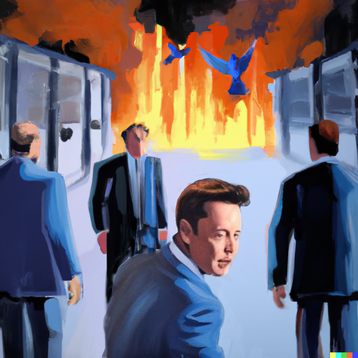 “Between the lack of preparations and the lack of staffing, I think it’s going to be a rough World Cup for Twitter,” the former employee said.

However, they predicted that Twitter is “likely to struggle with traffic at kickoff, and may crash" - something that the website managed to weather.

The ex-employee said that no preparations had been made for the World Cup, with work frozen in the weeks leading up to the acquisition, and then disrupted with the widespread layoffs and resignations.

More than half the company has gone, including from the Twitter Command Center, core services computing architecture team, and other infrastructure staff.

At the same time, Elon Musk is believed to be looking to cut cloud and data center costs by $1 billion, and may close one of Twitter's three main US data centers.