As part of the project, Colt received training in FNT Command DCIM and developed new processes specific to the colocation model.

“We did not simply need a DCIM solution to manage our data centers, but a more comprehensive solution, with which we could answer both our own and our customers’ short and long term requirements,” said Romain Tranchant, operational systems manager at Colt Data Centre Services.

“This large-scale system helps people throughout our organization and our customer base to work together more efficiently, as they all share the same data set and thereby improve process efficiency.” 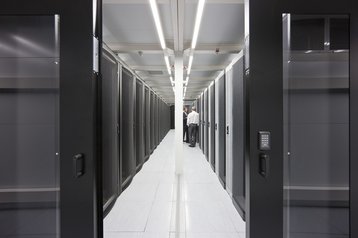 FNT has been developing the Command software suite since 1994. The latest version, Command 10, was launched in July 2015, offering expanded visualization capabilities, redesigned search functionality and FNT Command Mobile - a version designed specifically for smartphones and tablets.

Command is able to document and manage physical IT assets, building infrastructure, telecommunications and cable networks – all through a single interface.

Over the past six months, FNT and Colt implemented the Command DCIM across the entire data center portfolio in Europe and Asia Pacific. That’s 29 facilities including data centers in Amsterdam, Frankfurt, London, Paris, Tokyo, Singapore and Hong Kong.

According to FNT, the project included a comprehensive analysis of bespoke systems that were replaced by Command, as well as current and planned processes that needed improvements.

“Through the early conversations we had, it was very clear, that Colt DCS was an interesting party for FNT to work with,” said Soeren Juul Schroeder, Vice President for UK, Ireland and Northern Europe at FNT.

“Colt DCS knew what they wanted, but also where they wanted to see efficiencies. The partnership has already provided FNT with unique insights into the daily life of a leading colocation provider, and consequently, resulted in many improvements to the FNT offer for that segment.”

A new customer-facing portal is already in development, which will allow Colt DCS to deliver value-add services to its customers.

Colt’s Tranchant discussed the benefits of DCIM at the recent DCD Zettastructure event in London: