Remodeling a hall inside the building which already houses its IT

The publicly-owned water and electricity provider is moving into a new downtown headquarters, and plans to shift its operations center at the same time. JEA already has data center space in the facility at 4800 Spring Park Road, Southside, and has filed a proposal to spend nearly $1.8 million altering a 12,000 sq ft section of the Cologix building to the kind of office space required for emergency operations.. 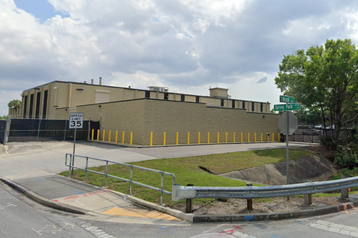 JEA currently has an emergency operations center within its customer care building, which is next to its current headquarters tower at 21 W. Church St. Downtown.

That headquarters building is being closed and sold off, as the company is making a $100 million move to a building being constructed by Ryan Companies next to the Duval County Courthouse - a project which has been scaled back from nine floors to seven as more JEA staff have opted to work from home post-pandemic.

JEA wanted to put its EOC in a building that is hurricane-proof up to Category 5, and spotted the possibility of moving into Cologix, alongside its data center space, JEA media relations manager Karen McAllister told the Jacksonville Daily Record: “The Cologix building on Spring Park Road met that need as a Cat 5-rated building. JEA’s data center and several other groups are based there, so that location made sense for us."

JEA’s backup call center will also go into the Cologix space, in a deal agreed in 2021.

Cologix has been in Jacksonville since it bought Jax Meet Me Room,on W. Church St, Downtown, in 2013. Cologix bought the Spring Park building in 2015 when it acquired Colo. The building has always been positioned as a facility for both data center and disaster recovery services.

The decision to move to Cologix came after early plans for a secondary "hardened" HQ in LaVilla were abandoned - after JEA paid $2.44 million for 2.27 acres near a Church Street substation. JEA is hanging onto that property for possible future use.

JEA is the largest community-owned utility in Florida, but an attempt to sell it in 2018 fell through, when a "mind-boggling" reward scheme for board members became public.

Former JEA CEO Aaron Zahnis due to stand trial in May 2023.on charges of fraud and conspiracy, along with fellow executive Ryan Wannemacher.

Interim CEO Paul McElroy has since been replaced by the current CEO Jay Stowe.