Nautilus Data Technologies has begun construction of a commercial data center in a barge, designed to deliver high efficiency hosting from moorings in the San Francisco Bay Area.

The company is re-purposing a barge at the Mare Island Shipyard, California, where a proof of concept test achieved a very impressive efficiency. The final product will contain up to 800 server racks, and consume up to 8MW of power, while saving up to 30 percent of its energy consumption by using water cooling. It will be deployed in the Bay Area, although Nautilus says future data centers can be deployed “anywhere in the world” in less than six months. 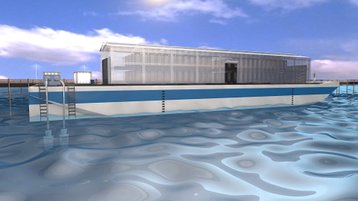 Nautilus seems to be the first company seriously planning a waterborne data center, although Google has also dabbled with the idea in the past.

Google (see diagram from its patent application, below) wanted to put its floating data center offshore, where it could be powered by wave energy, according to a patent which surfaced in 2008, but this creates problems in providing fiber connectivity.

Nautilus is aiming to save energy and water, which is a useful selling point as California is stricken with drought. The IT equipment on the barge is cooled using the natural temperature of the water in which the barge floats, through a secondary circulating system. This should reduce its water consumption to more or less zero, while normal data centers can use a swimming pool full of water every two days. 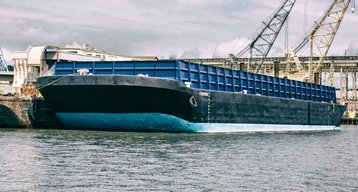 The company is using reconditioned military and construction barges. They are ocean-worthy, and good for a 40 to 50 year lifespan as data centers. IT equipment is in a superstructure on deck, while power distribution and cooling equipment is below decks.

The trial was carried out at Mare Island, close to San Francisco, using a barge sourced from a third party marine contractor.  According to a report at Data Center Frontier, the test had five IT racks rated at 32kW, and achieved a measured PUE (power usage effectiveness) of 1.045. 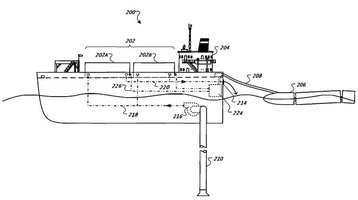 Nautilus has patents on aspects of the technology, but the data center itself is an agnostic open source environment, it says. The company does use a proprietary DCIM (data center infrastructure management) system, apparently specifically suited for the marine environment.

Nautilus is based in Pleasanton, California and its founder is Arnold Magcale, a US Navy veteran and certified dive master. Magcale previously worked with International Data Security (IDS) a company which tried (and failed) to sell the idea of repurposing old Navy ships into data centers.