Firms are failing at capacity planning

Research finds businesses don’t have the information they need

Businesses could be at risk of outages, because of a lack of capacity planning, according to new research.

Most firms have had unplanned outages in the last year, and many are unprepared for the capacity demands of planned changes in their infrastructure, according to a survey sponsored by Sumerian, a UK software provider which (readers will not be surprised to learn) provides a capacity planning and modelling solution. 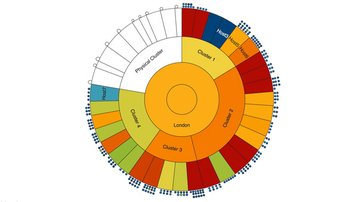 “There is a skills deficit in capacity management,” said analyst Clive Longbottom of Quocirca, at a briefing arranged by Sumerian. And it’s not just skills, apparently people aren’t using good enough tools: in Sumerian’s survey just over than half (55 percent) use specialized capacity management software, but a large number (45 percent) used Excel spreadsheets which are reckoned to be inadequate.

The briefing also heard from Jeff Dodd, senior IT manager, of Warburtons the Lancashire-based bakers. The company is a big user of Microsoft’s Hyper-V virtualization software and relies on regular alerts to avoid capacity crunches, said Dodd.

Eighty-five percent of business have experienced critical outages in the past 12 months, according to the survey, with thirty percent of those due to capacity issues. Sumerian did not quote a sample size for the survey.