Helsinki’s Nasdaq Nordic stock exchange was closed until 4pm on Wednesday due to a problem in a DigiPlex data center.

As a result, trades were halted in Copenhagen, Helsinki, Reykjavik, Riga, Stockholm, Tallinn and Vilnius. Oslo’s exchange was spared, however, as it operates independently from Nasdaq.

A gas-based fire suppression system was triggered at the DigiPlex data center in Väsby, 30km (18.6 miles) north of Stockholm, taking a data hall occupied by the Nasdaq Nordic stock exchange offline. DigiPlex has contacted DCD to tell us no other customers were affected - and there was no actual fire.

Nasdaq Nordic migrated its operations to the site in 2015, as part of a plan to diversify the technology services it offers to the global financial services industry. 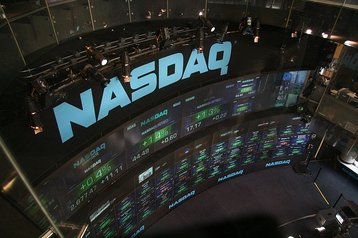 A company spokesperson told Bloomberg that that the incident was caused by an “errant fire extinguisher system,” which engendered “connectivity issues” at the facility.

The data center’s backup system should have kicked in immediately, but according to Maria Rekola of Finland’s Financial Supervisory Authority, it took some time for this to happen. She stated that the body would be leading an investigation into what caused the delay.

Meanwhile, DigiPlex said it was taking the issue “very seriously” and that it was “performing a thorough root cause analysis,” for which it brought in an external specialist.

It’s been a tough week for European stock exchanges. On Monday, IT systems at Euronext, which oversee national stock indexes throughout Europe, suffered a glitch, inhibiting traders from accessing opening levels for the first 37 minutes of the trading day.

Gaseous, inert fire suppression systems can cause issues as the eruption of gas sends a shockwave, which can damage a data center’s equipment.

Microsoft suffered a similar incident last year during a routine maintenance operation. In this instance, it wasn’t the gas itself that caused the outage: when the system was triggered, it set a series of automated safeguarding functions in motion: first, the facility’s air handler units shut down, as they would in the case of an actual fire to prevent their absorbing residue, and then, as the temperature in the data center rose, the IT systems’ thermal health monitoring functions shut down to prevent overheating.