The US Federal Communications Commission (FCC) has voted in favor of measures that require telecommunications providers to treat all of their network traffic equally.

The historic decision effectively outlaws certain traffic management policies and prevents the division of networks into ‘fast’ and ‘slow’ lanes – with faster broadband speeds reserved for businesses and individuals who pay a premium.

The results of the vote have been hailed as a victory by Internet activists and free speech campaigners, even though the exact contents of the 300-page document are yet to be made public. 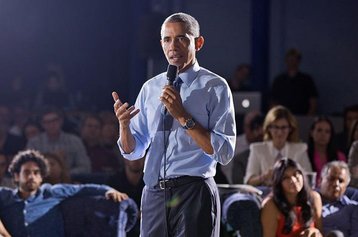 “Today’s FCC decision will protect innovation and create a level playing field for next generation of entrepreneurs,” said president Obama in a statement.

“More than four million people wrote in to the FCC, overwhelmingly in support of free and fair Internet. Countless others spoke out on social media, petitioned the government, and stood up for what they believe.”

The new rules are opposed by network operators who have long seen such ‘fast lanes’ as potential sources of revenue. For example Netflix is currently paying Comcast, America’s largest Internet Service Provider (ISP), to make sure its customers are able to stream video in HD quality.

Several ISPs have promised to immediately contest the decision in court.

The debate around Net Neutrality has been raging for over a decade, and the FCC made previous attempts to introduce relevant regulation – most recently in 2010. That particular set of rules had to be thrown out following a lawsuit brought by Verizon – the second largest mobile network operator in the US.

For the past four years, the FCC has been designing a new set of rules, to apply to both wired and wireless connections, including mobile broadband. Under these rules, ISPs will not be able to block, throttle or prioritize traffic for a fee.

The decision also gives the FCC more authority to judge whether a certain network product or service is anti-competitive.

“The landmark open-Internet protections that we adopted today should reassure consumers, innovators and financial markets about the broadband future of our nation,” said FCC chairman Tom Wheeler.

“This is a victory for the people, the consumers, the average Joes against these suppliers who have all of the power and wealth and make the decisions for them,” Apple co-founder Steve ’Woz’ Wozniak told Bloomberg.

Meanwhile Obama expressed his gratitude to “Redditors” in a handwritten note (seen below). In July 2014, a Reddit user known as ‘TheArmedGamer’ highlighted that the FCC proposal had attracted just 45,000 comments, and called on the Internet community to “fix that”. In the days that followed, the organization received millions of comments and tens of thousands of calls, setting a record for a public consultation.

Net Neutrality rules were supported by the Democratic Party, but opposed by the Republicans.

“I am disappointed by the FCC’s vote today, a move that, in the name of so-called ‘net neutrality,’ drastically increases the government’s role over our nation’s broadband – an effort I have long opposed,” said Arizona senator and one-time presidential candidate John McCain.

“It upends the longstanding hands-off approach to the Internet that has been taken since its advent – one that has encouraged innovation and allowed the Internet to become what it is today.”

ISPs are also concerned that the decision will slow down the growth of the broadband industry and hand too much control over to the state.

“Today’s decision by the FCC to encumber broadband internet services with badly antiquated regulations is a radical step that presages a time of uncertainty for consumers, innovators and investors,” said Verizon in a statement which was issued in actual Morse code.

In the EU, proposals for the ‘telecommunications package’ which include Net Neutrality have been approved by the European Parliament in April 2014, but made little progress since.