Idaho based ISP Fatbeam has signed a 3-year contract with OneNeck, giving it carrier access to the colo provider’s facility in Bend, Oregon.

Going to Bend, not around it 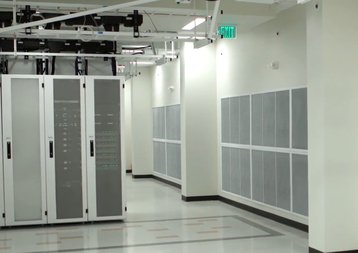 Inside The Vault – OneNeck

Customers can either lease fiber or enter permanent contracts with Fatbeam, which offers flexible bandwidth arrangements - between 1 and 400 Gigabits - for organizations wishing to use either Ethernet, dark fiber or a combination of the two.

Self-proclaimed “one neck to lead and one neck to choke”, One Neck IT Solutions is a subsidiary of Telephone and Data Systems that provides colocation, cloud and disaster recovery services as well as IT hardware and managed services. 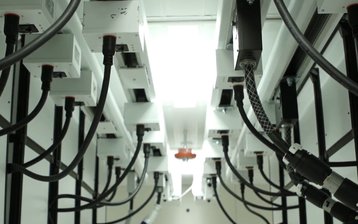 It has carrier-neutral data centers in Arizona (where Telephone and Data Systems is based), Colorado, Iowa, Minnesota, New Jersey, Oregon and Wisconsin.

OneNeck’s data center, “The Vault,” is Tier III and LEED certified; it is equipped with its own solar panels, passive free cooling and a Flywheel UPS. It has two 1.2MW generators and has a 750kW critical load. Its data room is carrier-neutral and serves local tier 1 customers

Fatbeam’s Operations VP Bob Garner said the deal was a “win-win” for both parties: “OneNeck’s facility has an established reputation and is already utilized by a number of organizations in the Bend, Oregon market, which was critically important to us in choosing a partner.”