Facebook's Fort Worth site will use wind power

Texas site will be powered by 200MW wind farm, and cooled by outside air 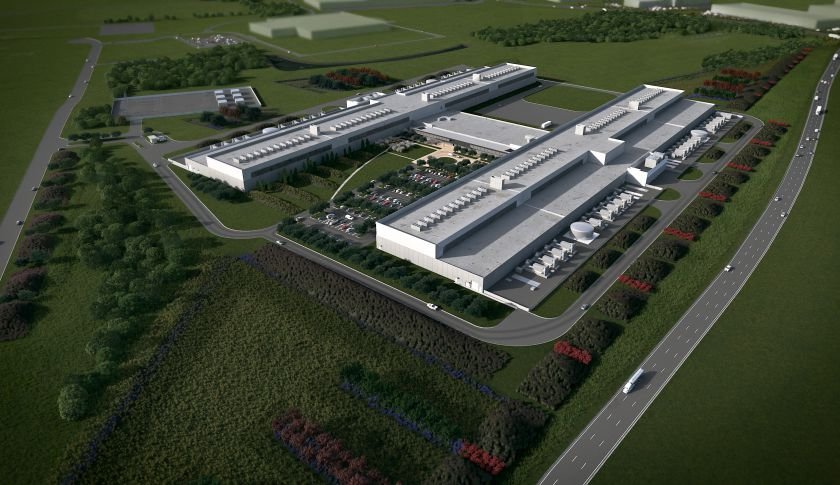 Facebook’s next data center, in Fort Worth Texas, will be powered by renewable energy from a nearby 200MW wind farm, said the company, as work began on the site this week.

The data center, announced on Monday after months of speculation, has two data halls in its first phase, according to the image released (above). Facebook is working with partners to set up a 17,000 acre wind farm close to Fort Worth, which should be on stream by 2016, providing more electricity than is needed for this site. And despite its location in Texas, it will be cooled by outside air rather than air conditioning.

”The Fort Worth data center will be powered by 100 percent renewable energy. 200 MW is more energy than we will need for the foreseeable future, and we’re proud to have played a role in bringing this project to Texas,” said Ken Patchett, director of data center operations for Facebook’s West Region, on the site’s Facebook page. “And it will be cooled using outdoor air instead of energy-intensive air conditioners. Yes, we can make that work even in the middle of the kinds of summers we have here in Texas.”

A 17,000-acre wind farm in Clay County, 90 miles away from the data center energy project, is being built by Citigroup Energy, Alterra Power Corporation, and Starwood Energy Group in what sounds like a power purchase agreement (PPA), although Facebook doesn’t use that term in this post.

Previous Facebook data centers have made use of similar deals. The Altoona, Iowa data center uses 100 percent renewable energy thanks to an agreement with a nearby wind farm announced in 2013. Its center in Lulea Sweden makes use of that country’s abundand hydroelectric energy to also be all-renewable.

The Fort Worth site will feature a series of three buildings, and the first phase will cost $250 million according to Facebook’s applications to Texas authorities. The site will use Facebook’s Open Compute Project open source hardware designs of course, including the Yosemite microserver rack, the Wedge top-of-reack switch, and the 6-pack modular data center switch.

“We put a lot of effort into choosing where to locate a facility like this,” said Patchett. ”There are a lot of things we look for — everything from a shovel-ready site, to access to renewable energy, to great partnerships with the local community, to a strong pool of local talent for construction and long-term operations staff. We think we’ve found all that and more in Fort Worth, and we’re excited to be getting started.”