Facebook to triple size of Fort Worth data center

While construction continues, new plans could take the price tag to $1 billion

Facebook has announced an expansion of its data center complex in Fort Worth, just as the racks for the first building on the site start to arrive, ready for a planned opening early in 2017.

The project at 4500 Like Way, will now include five buildings providing up to 2.5 million square feet (230,000 sq m), according to a blog post on Friday. When Facebook started work on the site in July 2015, three buildings were planned, totaling 750,000 sq ft (70,000 sq m). The expansion will use 39 acres of land bought for the purpose a year ago, according to a report in the Star-Telegram. The expansion follows continued rapid growth in Facebook’s data center estate, and also underlines the explosive growth of the industry in the Dallas Fort Worth area. 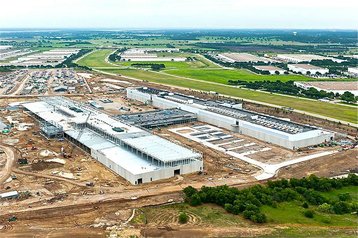 “We plan to expand our Fort Worth data center to five full buildings over the course of the next few years, and invest in the necessary supporting infrastructure,” said KC Timmons, site manager in the blog post. ”We’ve already started work on a second building, and we’ll break ground on a third next year. We expect this expansion to keep our construction crews busy for years to come, and to add to the more than 120 full-time employees we already have on site.”

With an average of 950 workers on site every day, the project has taken more than 1.7 million hours of work so far.The site has a power purchase agreement which will fund 200MW of new wind power for the Texas grid, provided by Citigroup Energy, Alterra Power Corporation, and Starwood Energy Group. 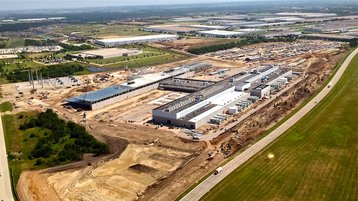 The site has a 20-year $146.7 million tax incentive package from Forth Worth City Council, along with a 10-year deal which gives up to 60 percent abatement on taxes for property value.

Facebook has also begun work on a $250 million site in Los Lunas, New Mexico, after a bidding war with competing tax incentives offered by New Mexico and Utah.

The company has plans for a big data center in Odense, Denmark, and has started building a site in Ireland. It is also expanding its site in Aloona, Pennsylvania.