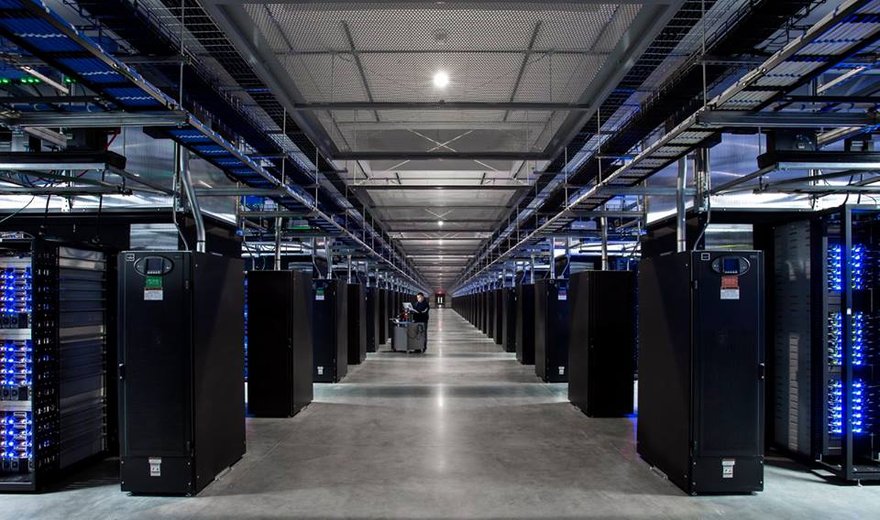 Facebook has officially opened the first phase of its modular, air-cooled data center in Altoona, Iowa.

This is the social network’s first facility to be powered by 100 percent renewable energy.

“This is the fastest we've ever completed a first building at one of our sites, and we owe a lot of that to the people of Iowa,” said Brice Towns, site manager at Altoona. Facebook has already started building the second phase of the data center, expected to complete by the end of 2015.

A new kind of network
The US$300 million first phase of the Altoona campus was announced in April 2013. It comprises a 476,000 sq ft building with four data halls, powered by a nearby wind farm in Wellsburg which produces 140MW - more than enough to supply any additional facilities in the future.

In order to entice Facebook to the area, the city of Altoona had agreed to forgo all property taxes on the campus for 20 years.

The new facility is the first to test the new data center fabric architecture. Facebook’s networks were previously built using clusters, but the company says this approach does not work very well in a ‘mega data center’.

Network engineer Alexey Andreyev explained that the size of a cluster is limited by the port density of the cluster switch - a piece of specialized hardware traditionally available from a limited number of vendors.

“They have proprietary internal architectures that require extensive platform-specific hardware and software knowledge to operate and troubleshoot. With large areas of the datacenter depending on just a few boxes, the impact of hardware and software failures can also be significant,” said Andreyev.

“The whole concept of a “cluster” was born from a networking limitation – it was dictated by a need to position a large amount of compute resources (server racks) within an area of high network performance supported by the internal capacity of the large cluster switches.”

Instead, Facebook has developed an architecture that links the entire building into a single high-performance network. This is achieved by breaking the network up into identical server pods, and creating uniform connectivity between them.

Each pod features 48 server racks, with traffic routed by a set of four ‘fabric switches’. To implement building-wide connectivity, Facebook has created four independent ‘planes’ of spine switches. Each fabric switch of each pod connects to each spine switch within its local plane.

Besides Altoona, Facebook operates two data centers in the US – in Prineville, Oregon and Forest City, North Carolina. It is also building a second facility in in Luleå, Sweden.

Iowa has attracted large US tech companies thanks to its cool climate, low property prices and generous tax breaks. Microsoft is constructing two data centers in West Des Moines, while Google has been running a server farm in Council Bluffs since 2007.