Facebook signs for 294MW of wind power in Norway

Facebook has signed a 15-year power purchase agreement (PPA) which gives it the entire output of a 294MW cluster of wind farms in Norway. This follows Google’s purchase of 160MW of wind in the country last year.

The Bjerkreim cluster of three wind farms, due to open in late 2019, will supply 1,000 GWh of electricity per year, enough to help offset the power used by Facebook’s Nordic data centers in Odense, Denmark, and Luleå, Sweden. There are 70 Siemens wind turbines, each with 4.2MW capacity, operated by Luxcara of Germany. Swedish utility Vattenfall will integrate the output into the Nordic grid, provide balancing services, and supply Facebook.

Blowing up a storm 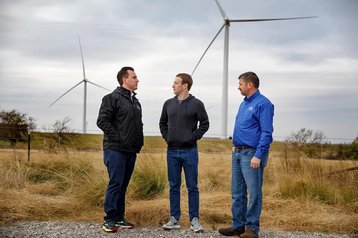 “One hundred percent of Facebook’s data center in Odense, Denmark and a portion of our campus in Luleå, Sweden will be supplied with wind energy,” said a Facebook blog, which reminds readers that Luleå already gets power from local hydroelectric projects.

There seems to be a wind boom in Norway, driven by the arrival of webscale data centers lured by the climate, tax regimes and renewable power supply. The Bjerkreim deal is Facebook’s largest single purchase of renewable energy so far, and is Norway’s largest wind project to date.

The Bjerkreim deal includes wind farms at Gravdal, Skinansfjellet and Eikeland-Steinsland built at a cost of €400 million (US$469m) in Rogaland County in Southwest Norway, and known collectively as the Bjerkreim cluster.

The agreement makes Facebook a close neighbor of Google - last year the search giant bought the 160MW capacity of the Tellenes wind farm, which opened in September 2017 in Sokndal municipality, only 50km away.

The size of the two projects shows how fast Norway’s wind energy sector is growing. Last year, Tellenes was Norway’s largest wind farm, but this year Bjerkreim has nearly doubled it, producing enough energy for around 50,000 households.

“This is Facebook’s biggest purchases of renewable energy,” said Rune Hersvik, senior partner in the project manager for the farms, Norsk Vind Energi. In a statement to Stavanger Aftenblad, he added: “For us locally, it means a lot of industry for many years for suppliers and contractors, well-deserved tax revenues for the municipality and revenue for the landowners.”

Branislav Slavic, vice president of business sales at Vattenfall said: “The balancing services agreement is Vattenfall’s largest agreement with an external partner in the Nordics.” 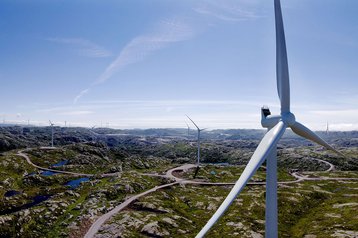 As a side note, Facebook points out that this renewable electricity will be used to power the heat pumps used in a planned project to donate the waste heat from its Odense facility to a local district heating system.

The waste heat from air-cooled data centers is generally at too low a temperature to be useful in district heating systems, which pump hot water round urban areas for homes and offices. When data centers hand over heat to these projects, they normally use heat pumps to efficiently boost it to a useful temperature.

”As part of our project, we invested in infrastructure to recover excess heat from our data center which, in collaboration with the local district heating company Fjernvarme Fyn, is recycled into heating for the community,” says the Facebook blog.

“The electricity consumed by the heat pumps that elevate the temperature of the donated heat will be covered by these new wind projects.”