Facebook has agreed to settle BladeRoom’s $365m trade secrets lawsuit, four days into the trial. Despite this marking the end of the Facebook’s part in the case Emerson Electric Co. will still have to convince a jury of its innocence.

According to Law360, Emerson requested a mistrial following Facebook’s announcement, on the grounds that jurors risked being influenced in their decision by the Cambridge Analytica scandal involving the social media giant - but the request was denied.

Let’s go to the Winchester, have a nice cold pint, and wait for this all to blow over 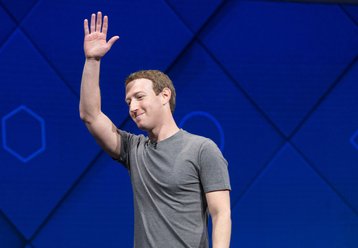 On Wednesday, Facebook founder and CEO Mark Zuckerberg is due to testify before a joint hearing of the Senate commerce and judiciary committees, following revelations that the company may have allowed political strategist Cambridge Analytica to access the accounts of 87 million of its users.

The following day, Zuckerberg is expected to testify before the House energy and commerce committee.

Emerson attorney Rudy Telscher told the court on Monday that, failing a mistrial, the case should be postponed, and a new jury appointed in several months’ time.

But with the difficulty of enforcing jury neutrality, and in the absence of a guarantee that Facebook would be any less mired in scandal months from now, US District Judge in charge of the case, Edward J. Davila, insisted that the trial must proceed as planned.

According to Davila, all that could be done to prevent bias was to guide jurors according to the instructions given to them by the Ninth Circuit and the California courts, and effectively hope for the best.

British data center specialist BladeRoom is seeking $365m in damages, alleging that both Facebook and Emerson stole its designs for a highly specific modular data center and used its ideas in the construction of Facebook’s Luleå data center in 2015, all despite having signed NDAs during meetings in 2011.

The company also claims that Facebook illegally shared the designs with the Open Compute Project, thus stopping BladeRoom from making a profit on module sales.

Meanwhile, a spokesperson reportedly said Facebook was “pleased to have reached a confidential resolution and put our differences behind us.”