Social networking giant Facebook has opened up a section of its Menlo Park lab for companies to come in and test software for open hardware solutions.

The aim is to help firms with limited resources to test their products on real world kit to find out if they are compatible. Facebook revealed that Canonical and Red Hat have already used the lab, and says that “all software providers” are welcome to visit. 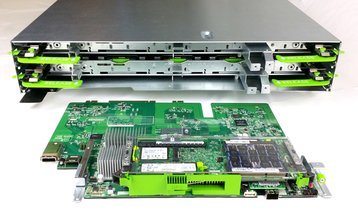 “With traditional vendor-specific solutions, hardware is tightly coupled with proprietary software. The hardware is redundant — meaning there are backup ASICs, memory, cables, connectors, PCBs, powers supplies, and more in the case of any component failures — and the software is created to assume redundancy,” said Michael Liberte, Infra Product Partnerships at Facebook, in a blog post.

“Both the hardware and software solutions are developed, tested, and supported by vendors, and are guaranteed to work together. System provisioning and management tools are also tightly coupled with the hardware, making it difficult to manage multiple vendor solutions in a single environment.”

But with an open hardware strategy, this is no longer the case, Liberte said. “There has been a shift away from relying on redundant hardware and toward retooling software to fail over to a different server in the case of a component failure. Many software solutions have been developed and open-sourced independently from the open hardware components.

“In addition, open source management and provisioning tools have been developed and deployed in place of vendor-specific solutions. Some potential adopters remain skeptical whether commercial software solutions work for customized open hardware. The community needs a systematic way to know whether the hardware and software they planned to use would be compatible — since they likely weren’t developed in tandem or by the same company for a similar workload.”

Facebook, which was instrumental in the founding of the Open Compute Project, said that it hopes to expand the lab to include hardware solutions from other OCP members.