Danish facility marks company’s third outside the US

After its machinations were uncovered last October, Facebook has officially announced that it plans to build a data center in Odense, Denmark. 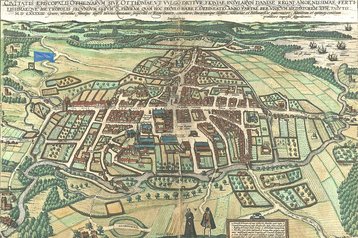 You’ve got a friend in EMEA

“As you can see, my body language one big ‘like’,” Mayor Peter Rahbæk Juel said (translated) at a press conference, TV2 reports.

Niall McEntegart, director of Facebook’s data centers EMEA and APAC told the Dutch publication: “There’s actually many factors that come into making a decision like this, it’s obviously a long process, it can take many years.

He continued: “We had a huge amount of support, both from Odense municipality, and from the Invest in Denmark, which we actually met both in Silicon Valley and also here in Denmark multiple times, they made that happen.”

The Odense facility, Facebook’s third outside the US - after Luleå, Sweden, and Clonee, Ireland - will use 100 percent renewable energy, the company said.