Company removes mention of 10 facilities outside US from its website

Evoque appears to have exited all its international data centers this year.

First spotted by the Foundations newsletter under the subhead ‘What happened to Evoque’s data centers?’, the Brookfield-backed data center operator has quietly removed its international data center locations from its website.

DCD repeatedly attempted to reach out to Evoque ahead of this article, but received no response. 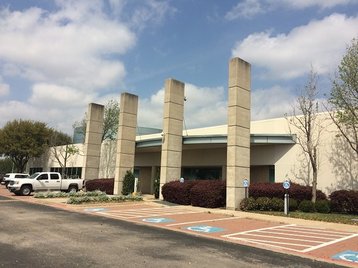 Update: In a letter to customers from Evoque and shared with DCD, Evoque said it was exiting its Amsterdam facility on July 31, 2023. Though unconfirmed, it's been suggested to us that the company will be leaving the other facilities around the same time.

The letter, dated August 2, said the company is no longer able to accept new orders or renew any services. It also suggests customers may want to reach out to Foghorn, Evoque’s cloud engineering arm, if they are interested in containerization and/or digital transformation to public or private cloud infrastructure.

"This decision was made after an extensive evaluation of this market. Closing the Amsterdam location will allow us to focus and expand investments in other Evoque-owned and operated centers," Evoque said. "Please be assured that Evoque remains 100 percent committed to running and expanding our global data center business; as well as maintaining operational excellence at the Amsterdam facility until closure."

"We understand that changes in data service providers can be challenging.  It is our goal to provide you with the support you and your teams need to exit the facility by July 31, 2023.  Although Evoque is exiting this data center, our customers remain our highest priority."

Evoque was formed in 2019 after AT&T sold its colocation data center operations and assets to Brookfield Infrastructure and its institutional partners for $1.1 billion. The deal at the time totaled 18 data centers in the US and another 13 across the globe.

According to the Way Back Machine, Evoque removed 10 international facilities from its website around February 2022. Most were owned by Global Switch or Digital Realty.

At the time the company listed facilities in Amsterdam, the Netherlands; two in London and one in Birmingham, UK; Frankfurt Germany; Paris, France; two in Hong Kong; one in Singapore; and one in Australia.

The company now only lists 11 US facilities on its website.

If you've been affected by Evoque's international exit or have more details, contact us here.