Eutelsat has accused Iran of jamming two of its satellites.

The French satellite operator says it has written to the relevant Iranian authorities and 'reminded them that intentional jamming is explicitly prohibited by the International Telecommunication Union (ITU) Radio Regulations'. 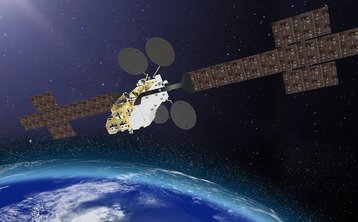 The accusations leveled against the Iranian State by Eutelsat center around two satellites that were jammed on September 26 of this year.

In a press release, Eutelsat noted that the interferences harmfully impacted the transmission of several digital TV and radio channels broadcasting in Persian from outside of Iran.

"The interferences harmfully affect the transmission of several digital TV and radio channels broadcasting in Persian from outside of Iran, as well as other channels. As a result of measurements conducted with a specially designed interference detection system, Eutelsat concluded that the uplink transmissions of all these interfering carriers originated in Iran," said Eutelsat in a statement.

Eutelsat added that its taken diplomatic measures to resolve the issue, "using all appropriate national and international procedures" at its disposal. The company said it demanded that Iran immediately and permanently stops its "harmful jamming operations".

"Eutelsat has also reminded the relevant Iranian authorities that intentional jamming is explicitly prohibited by the International Telecommunication Union (ITU) Radio Regulations. Concurrently, on the technical front, Eutelsat's technical experts have been working around the clock with affected customers to mitigate the impact of the interference on service as much as possible.”

Eutelsat's statement comes in the wake of widespread protests in Iran over the death of 22-year-old Mahsa Amini, who was reportedly killed while in police custody for allegedly violating strict rules around wearing the hijab.

This led to protests across the country, with cybersecurity watchdog NetBlocks noting there were telco blackouts in Iran, while some outlets reported social media apps being blocked in the country.