After the UK’s Investigatory Powers Act became law at the end of last month, we looked at what it would mean for data retention and privacy.

We also suggested that the ‘Snooper’s Charter’ could face opposition from the European Court of Justice (ECJ), and indeed it has - earlier this week the ECJ has ruled the bill as illegal. 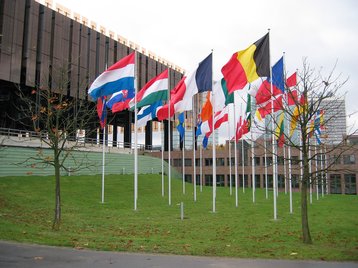 General and indiscriminate retention of electronic communications by governments is illegal, the ECJ has ruled, although targeted interception of traffic and location data in order to combat serious crime is justified.

The ECJ said in a statement that the data retained allowed for “very precise conclusions to be drawn concerning the private lives of persons whose data has been retained”.

It continued: “The interference by national legislation that provides for the retention of traffic data and location data with that right must therefore be considered to be particularly serious.

“The fact that the data is retained without the users of electronic communications services being informed of the fact is likely to cause the persons concerned to feel that their private lives are the subject of constant surveillance. Consequently, only the objective of fighting serious crime is capable of justifying such interference.

The body added that the “legislation exceeds the limits of what is strictly necessary and cannot be considered to be justified within a democratic society.”

The ruling came after Tom Watson, Labour’s deputy leader, and David Davis, Brexit secretary (but backbencher when he became involved) brought a challenge against GCHQ to the European Court.

“This ruling shows it’s counter-productive to rush new laws through Parliament without a proper scrutiny,” Watson said. “At a time when we face a real and ever-present terrorist threat, the security forces may require access to personal information none of us would normally hand over. That’s why it’s absolutely vital that proper safeguards are put in place to ensure this power is not abused, as it has been in the recent past.

“Most of us can accept that our privacy may occasionally be compromised in the interests of keeping us safe, but no one would consent to giving the police or the government the power to arbitrarily seize our phone records or emails to use as they see fit. It’s for judges, not Ministers, to oversee these powers. I’m pleased the court has upheld the earlier decision of the UK courts.”

A Home Office spokesperson said: “We are disappointed with the judgment from the European court of justice and will be considering its potential implications.

“The government will be putting forward robust arguments to the court of appeal about the strength of our existing regime for communications data retention and access.”

While the European Court currently has power over the UK, the country voted to leave the union earlier this year. When that happens, perhaps in two or more years, it will be able to run any surveillance program it wishes, without independent oversight.